KARACHI: Police said on Tuesday that they had caught the “mastermind” and “facilitator” of a suicide attack outside the Confucius Institute at Karachi University that killed three Chinese nationals.

According to police, the suspect is the Karachi commander of the BLA and BLF.

The police brought the suspect, Dad Buksh, before an anti-terror court, requesting physical remand until July 16.

According to police, He used to facilitate attacks on Chinese nationals in Karachi and was immediately arrested the day before in a city raid by the Counter-Terrorism Department.

The arrested suspect is considered a significant arrest because security agencies believe his arrest will disrupt the organization’s network. 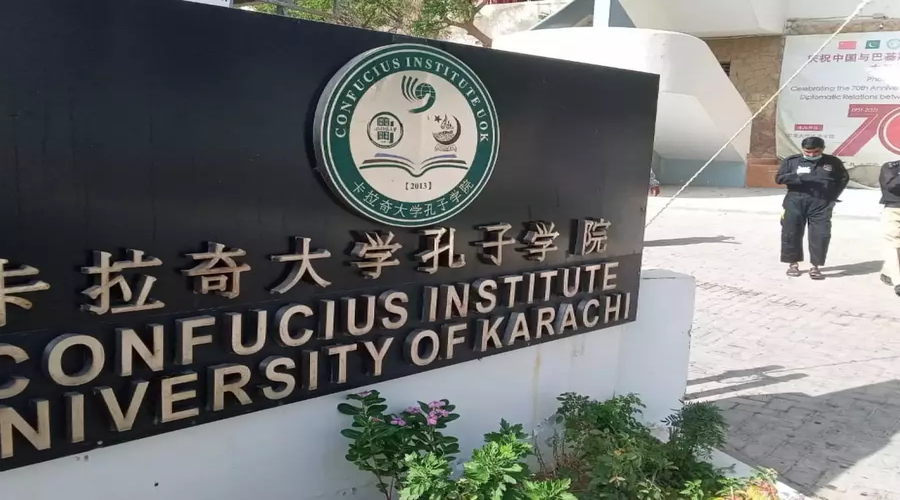 The suspect is suspected of being involved in the April 26 suicide bombing at Karachi University. Shari Baloch, a female suicide bomber, was later identified as the perpetrator of the attack.

The suspect is suspected of being involved in the suicide bombing at Karachi University on April 26.
Shari Baloch, a female suicide bomber, was later identified as the attacker.

Three Chinese tutors and a Pakistani driver were killed, and three others, including a Chinese tutor and Rangers personnel, were injured.

The KU’s Chinese language centre was closed as a result of the attack. Pakistani authorities have worked tirelessly to capture those responsible for the attack.