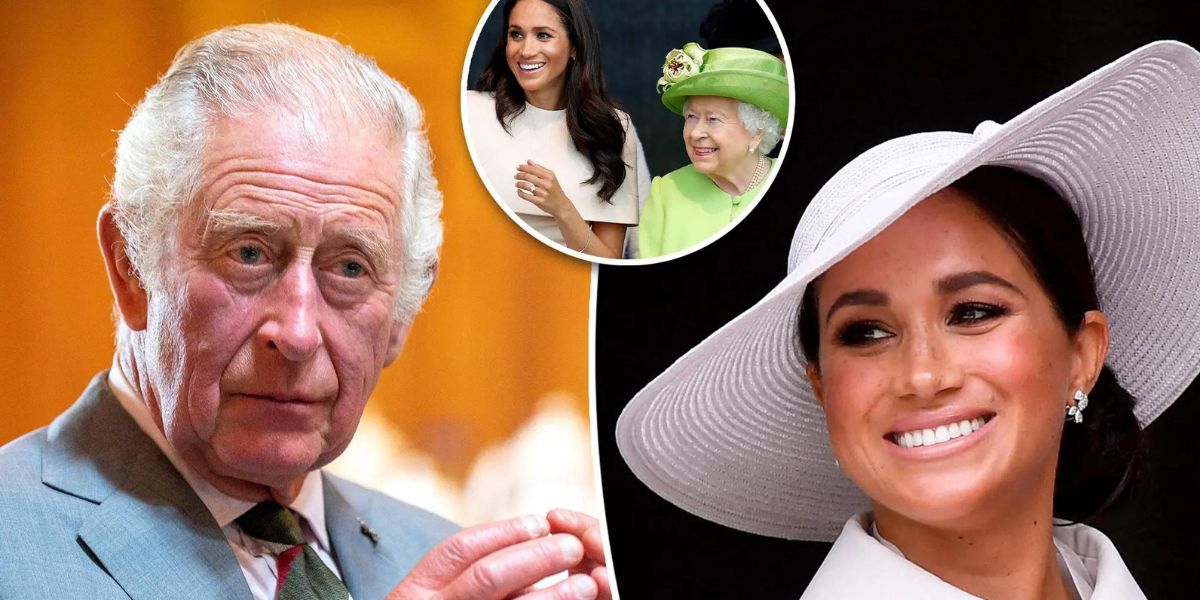 A new book claims that when King Charles III first met Meghan Markle, he had no idea she was biracial.

According to the new monarch’s biography, Harry introduced his bride-to-be to his father before the couple went public with their relationship in 2016 – and the then-Prince of Wales found her “completely charming” and “absolutely delightful.”

According to Newsweek, which obtained an advance copy of the book, the now-King was unaware Meghan was mixed race – born to a Caucasian father and an African-American mother – ‘until later.’

The unsubstantiated claims in the new book are likely to infuriate the Palace, coming as King Charles is portrayed in an unflattering light in the new season of The Crown, including his notorious ‘tampongate’ phone call with Camilla and the breakdown of his marriage to Princess Diana.

‘At the time, Prince Charles had no idea Harry’s new girlfriend was biracial,’ according to an excerpt. ‘Not that it would have made any difference, of course,’ Charles explained to an American friend.

Buckingham Palace has been contacted for comment by MailOnline.

According to Amazon, the biography will be released on December 8 and will be a “vivid and unsparing yet sympathetic portrait of one of the most complex and enigmatic figures of our time.”

The book also mentions a previous incident in which the King is said to have told a woman of Guyanese descent that she ‘didn’t look’ like she was from Manchester.

Anita Sethi, an author, met the then-Prince of Wales in 2018 at the Commonwealth People’s Forum. The topic for the day was ‘Politics of Hope: Taking on Injustice in the Commonwealth.’

RELATED : Meghan Markle violates royal protocol by sporting a ‘I Voted’ sticker during the US midterm elections?

RELATED : Is Meghan Markle preparing to relaunch her lifestyle blog The Tig? Trademark docs are ‘being examined.’ 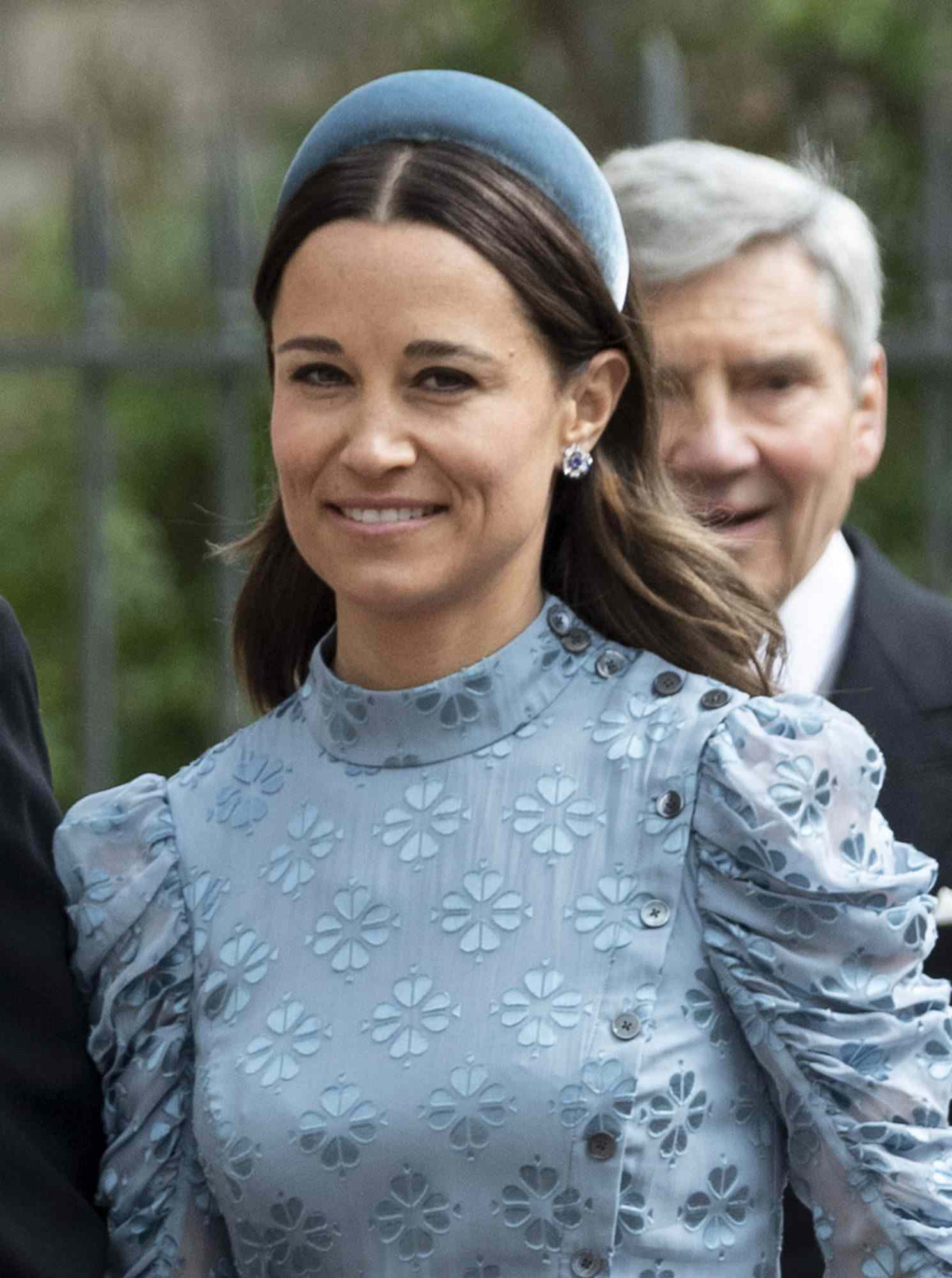 Charles met with Ms Sethi prior to the Commonwealth heads of government meeting, where it was announced that Charles would succeed the Queen as the global body’s Head.

Ms Sethi said she shook Charles’ hand and told him her mother was born in Guyana, a former British colony in South America, and she had written an essay about indentured servants for an anthology she was carrying.

Charles, she claimed, then asked, ‘And where are you from?’

When she replied, ‘Manchester, UK,’ he laughed and said, ‘Well, you don’t look like it,’ before being quickly ushered on.

The author described herself as’stunned’ by the gaffe.

‘Prince Charles was endorsed by the Queen, in her opening speech to the heads of government, to be the future head of the Commonwealth: it’s her “sincere wish” that he become so,’ she said in an open letter to the royal in The Guardian.

‘It is shocking that the proposed next leader of an organisation that represents one-third of the world’s population commented that I, a brown woman, did not look like I was from a city in the United Kingdom.’

At the time, Anita Sethi and Clarence House were approached for comment.

According to the book, the King has a sentimental attachment to his childhood teddy bear, which he still carries with him everywhere he goes.

Charles treated the teddy bear “like his own child” as a young prince and into adulthood, the author continued.

Charles allegedly helped Andersen. Michael Fawcett had the responsibility of taking care of the bear and keeping track of its location at all times.

Only Mabel Anderson, the King’s former nanny, was permitted access to the old teddy if it ever needed some running repairs. The King even called “Mispy,” as he liked to refer to her, out of retirement to assist.

Every time that teddy needed repair, Andersen said, “you would think it was his own child having major surgery.” He was well into his forties.

In his explosive upcoming memoir, Prince Harry will ‘trample on people and the system he felt trapped in,’ according to a royal expert, but he will remain’very loving towards his grandmother Queen Elizabeth II.

After being postponed due to the Queen’s passing, the book Spare will be difficult reading for the entire royal family when it is released on January 10, 2023, according to former BBC royal correspondent Jennie Bond.

The Duke of Sussex’s book, according to publishers Penguin Random House, is written with “raw unflinching honesty,” and it is anticipated to include explosive new information addressing Harry’s early years and his fallout with “The Firm” after meeting his wife.

Jennie said of the memoir: “I’m afraid that this book is going to step on people.” Unflinching and raw aren’t adjectives the palace will appreciate hearing.

The royal expert, however, predicted that “any bile, if there is any, will be mostly directed at the system”—the system in which Harry feels he was so trapped and in which he continues to think his father, King Charles, and his brother, Prince William, are trapped.

“I think he’ll be very loving toward his grandmother,” she continued. She adored Harry dearly.