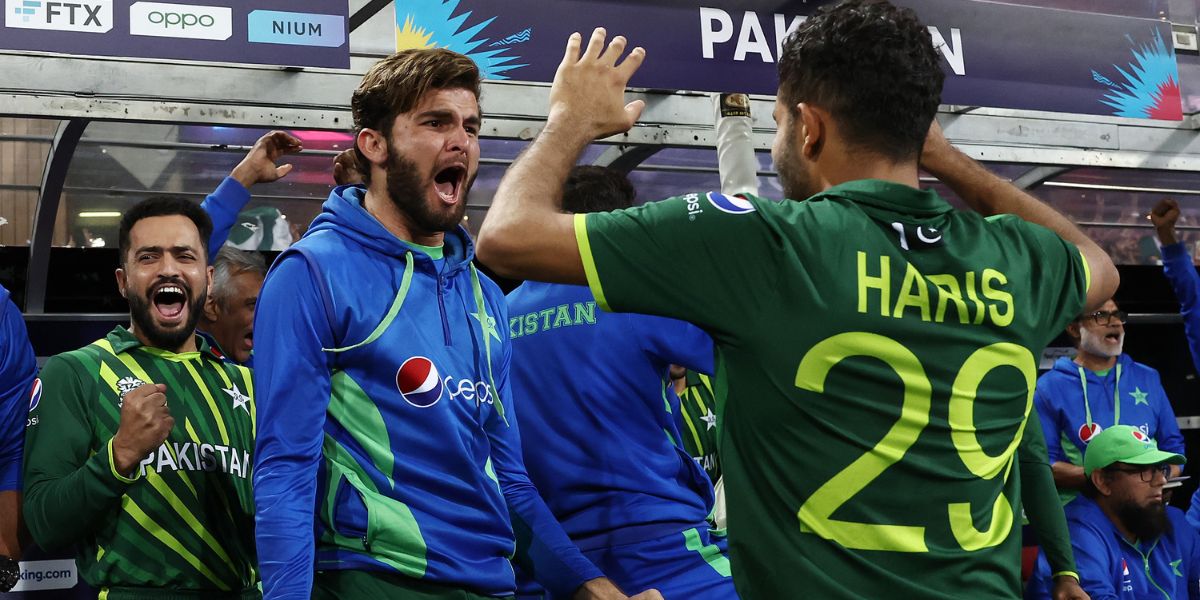 Mohammad Rizwan and Babar Azam brought up their third partnership of at least 100 runs in T20 World Cups while playing with lightning-quick strokes.

In the World Cup semifinals, Pakistan has proven to be New Zealand’s kryptonite as the Kiwis were destroyed by the Men in Green by 7 wickets on Wednesday in Sydney. Pakistan will now watch to see which of England and India advances to Sunday’s championship game.

Mohammad Rizwan and Babar Azam brought up their third partnership of at least 100 runs in T20 World Cups while playing with lightning-quick strokes. Trent Boult was able to send back both of the Black Caps’ openers, but it was already too late as Pakistan had already romped to victory.

With Babar scoring 50 and Rizwan scoring 57, the Pakistani openers silenced their detractors who had criticised their World Cup performance by destroying the New Zealand bowlers.

Earlier, New Zealand batters who chose to bat on a used SCG track encountered difficulty due to the slow nature of the surface as they struggled to connect with the ball.

After the Kiwis lost some early wickets, Daryl Mitchell scored a crucial unbeaten fifty and captain Kane Williamson made 46 off 42 to help New Zealand post a respectable 152 for four. After a confident start to his innings, Shaheen Afridi successfully caught Finn Allen leg before. With three boundaries, the other opener Devon Conway (21) attempted to force the innings, but he was run out at mid-off by a direct throw from Shadab Khan. New Zealand collapsed to 49 for three in eight overs after Glenn Phillips, the new man, played just eight balls before top-edging left-arm spinner Mohammad Nawaz back to him.

As the innings continued, Williamson and Mitchell shared 68 runs off 50 balls for the fourth wicket. The pair put up their fifty-run partnership in just 36 balls, but they were unable to pick up the pace as the game came to an end because it was difficult to hit boundaries and sixes.

Mohammad Nawaz and pace ace Afridi each claimed one wicket for Pakistan.

Here’s what fans in Pakistan, from politicians to analysts, had to say about today’s innings.

“Well done team Pakistan for an incredible comeback,” he tweeted.

Well done Team Pakistan 🇵🇰 for an incredible come back.

The Army also congratulated the team for a “stellar performance” and wished the team luck for the finals.

Congratulations to Babar Azam and the team for a great win.