On Sunday morning, the stunning diva shared a series of photos dressed in sexy lingerie, which went viral. Jennifer Lopez looked stunning in the photos, wearing a white robe over a set of lacy lingerie.

Jennifer Lopez is one of Hollywood’s most popular celebrities. She is a frequent social media user, with approximately 226 million Instagram followers. The singer-actor dazzles fans with new photos almost every day, and this time, her stunning snaps have fans going crazy!

On Sunday morning, the stunning diva shared a series of photos dressed in sexy lingerie, which went viral. JLo looked stunning in the photos, wearing a white robe over a set of lacy lingerie.

JLo wore slightly smoky eyes and a nude lip shade for her makeup. As she posed for the photos from her bed, the actress appeared sensual and happy. JLo captioned the photo she posted on Instagram, ‘#SelfCare #HappyWeekend #TakingAMoment.’ 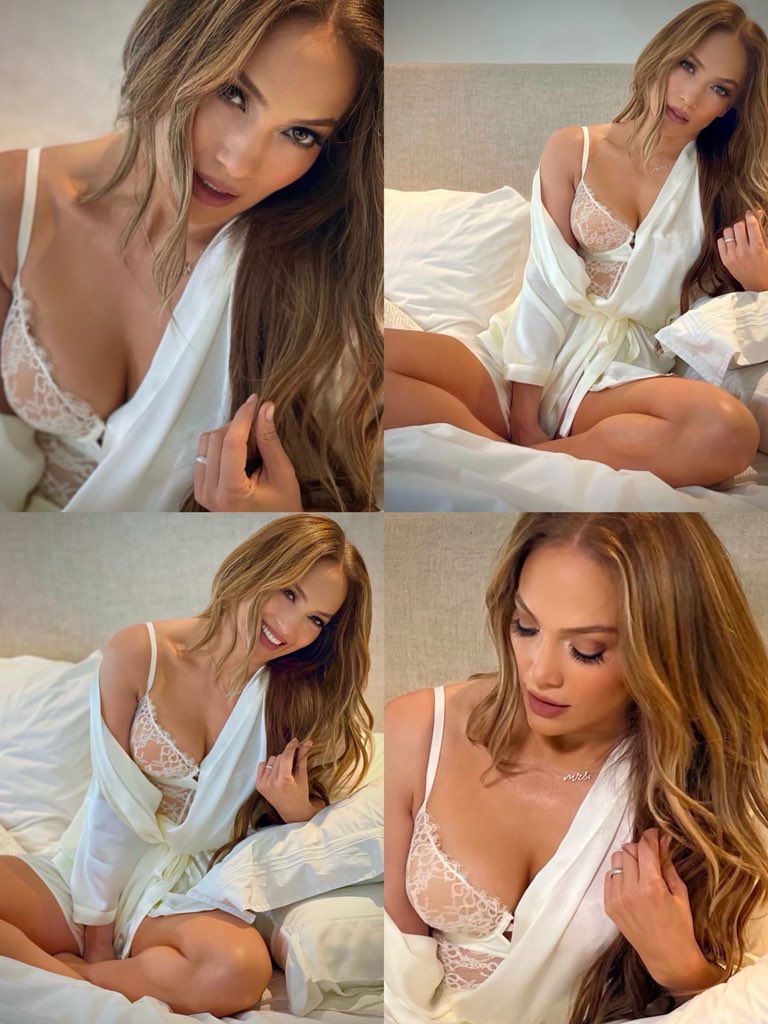 Fans responded with heart-eye and fire emojis in the comments section. One person wrote, “I adore you. “You look stunning, bestie,” another added, “QUEEN.”” A third user added, “Wow! It’s incredible!”

Following their intimate Las Vegas ceremony in July, JLo and Ben Affleck married in a private ceremony at the Oscar-winning actor’s 87-acre compound on Hampton Island Preserve in Georgia. The main ceremony, officiated by Jay Shetty, was held on the back lawn under a white framework filled with white flowers, while the courtyard was covered in thousands of candles. At the main event, everyone dressed in white. On Friday, there was also a traditional Southern-inspired, family-style dinner.

Lopez and Affleck began dating in July 2002 and got engaged in November of that year. They later rescheduled their wedding for September 2003. They rekindled their romance in 2021, nearly two decades later, with Lopez telling People, “It’s a beautiful outcome that this has happened in this way at this time in our lives where we can really appreciate, celebrate, and respect each other.”