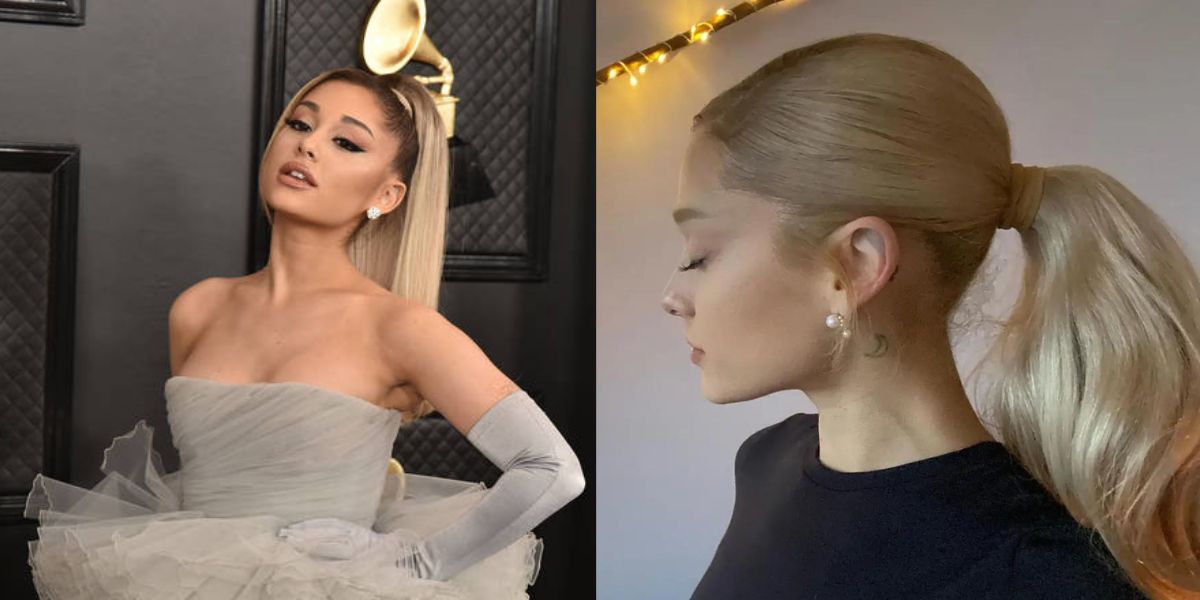 What is this new and unexpected hair colour?

Ariana Grande is channelling Glinda the Good Witch for the upcoming “Wicked” film with a dramatic blond hair transformation.

“New earrings,” the pop star, 29, cryptically captioned a photo of her new platinum ponytail on Instagram on Wednesday.

Grande’s friends and fans were understandably shocked, with Jonathan Van Ness describing the look as “Iconique” and Gottmik describing her as “A BLONDE DIVA.”

One fan exclaimed, “Blondiana just shattered the internet,” and another joked, “you’re going to be popular,” while nodding to a song from “Wicked.” It was revealed that in the popular Broadway musical’s movie adaptation in November 2021, Ariana Grande would play the bubbly blond witch opposite Cynthia Erivo as the green-skinned Elphaba.

To the dismay of fans, some of whom called it a “money grab,” director Jon M. Chu revealed in April 2022 that the movie will be split into two parts, to be released on Christmas Day 2024 and 2025. The actress continues to grow her R.E.M. Beauty line while filming the movie(s), and she recently collaborated with Ulta Beauty to launch new God Is A Woman Body products.

Despite the fact that theatre fans will have to wait over a year to see “Wicked” on the big screen, Grande is still producing amazing results in other areas.