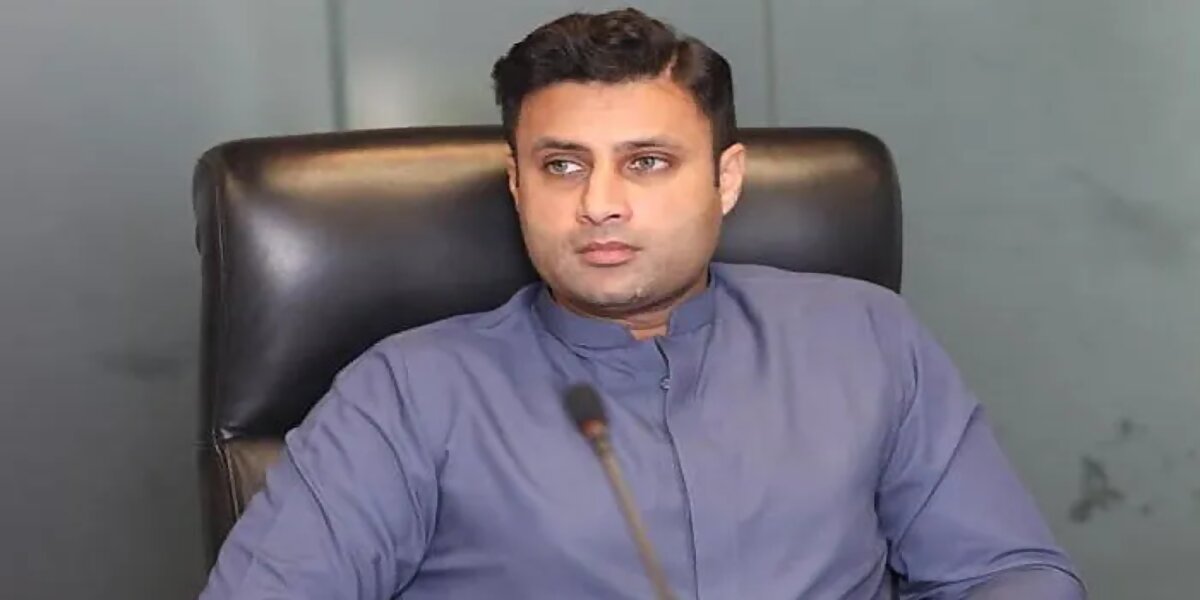 The PTI leader (Zulfi Bukhari) promises to fight alongside Imran for “true independence” and run for office on the party line.

(Infosette News) Syed Zulfiqar Abbas Bukhari, the leader of the Pakistan Tehreek-e-Insaf (PTI), also known as Zulfi Bukhari, has declared his renunciation of British citizenship and stated that he will support former prime minister Imran Khan in his “true independence campaign,” according to Express News.

Win or lose, we have chosen to serve Pakistan, Bukhari said, adding that those who had fled the country were attempting to obtain asylum but would soon be required to return.

The PTI leader claimed that his choice to give up his British citizenship was a personal one and declared that he would run for office on the PTI ticket in the upcoming general elections.

“I’ll spend my entire life in Pakistan. Despite rumours that I would leave Pakistan once the current government was overthrown, I remained loyal to Imran Khan. I was born in Pakistan and will always be a Pakistani “He Added.

The development has also been confirmed by a notification from the British Home Office.

When Imran Khan, the then-prime minister, appointed Bukhari as a special assistant, the citizenship question around him came to light. The Supreme Court heard the appeal of the action. 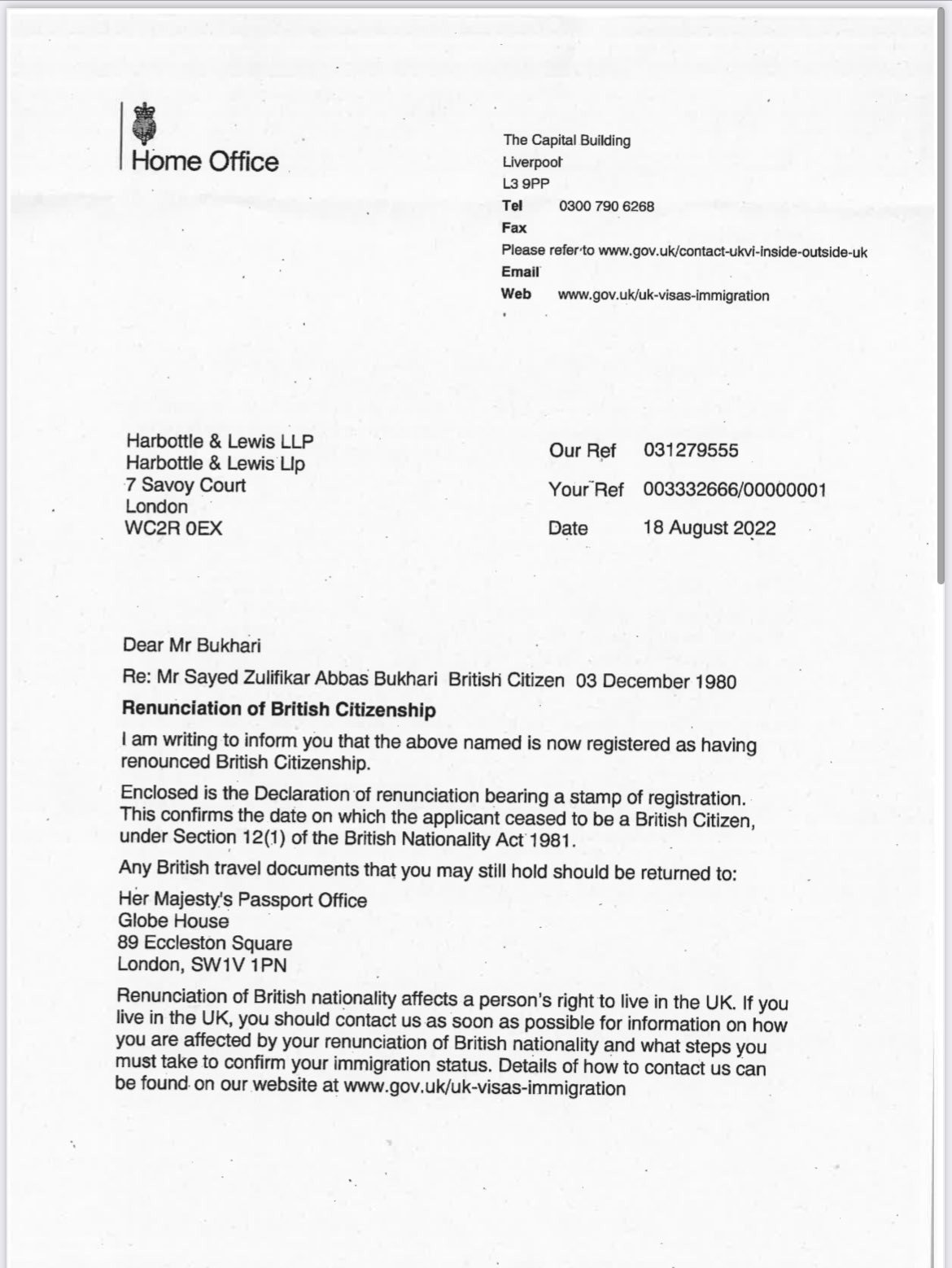 The former premier’s close friend and aide Bukhari, also known as Zulfi Bukhari, was chosen to serve as his special assistant for overseas Pakistanis and human resource development.

The petition contended that a person who is ineligible to join the Parliament and, consequently, a federal minister, cannot be appointed by the prime minister as a special assistant and given the position of a state minister.

Later, Bukhari argued in front of the Supreme Court that he was a citizen of the UK by birth because he never acquired any other nationality.

“The responding respondent (Zulfi Bukhari) was born in Britain on December 3, 1980, and is a naturalised British citizen.

He did not take any steps to earn his citizenship; it was given to him at birth. As a result, the responding respondent did not swear the pledge of loyalty.

Although the responding respondent was born in Britain, he willingly chose to become a Pakistani citizen and be subject to Pakistani law, according to the response provided by his attorney Chaudhry Aitzaz Ahsan in the lawsuit involving the appointment.