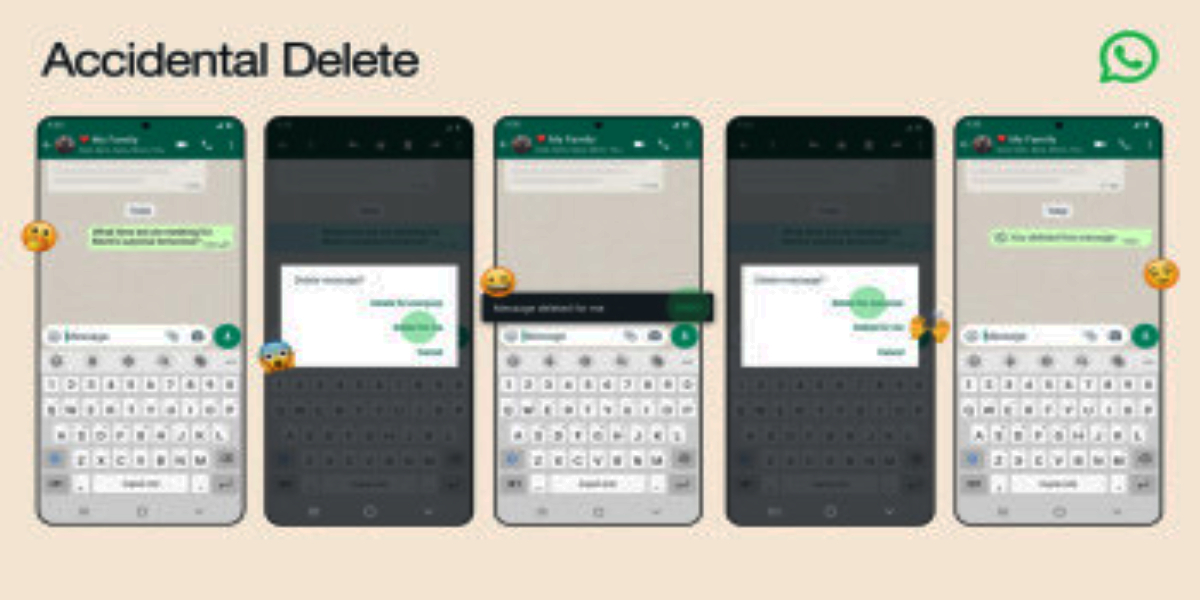 In order to prevent anyone from being potentially embarrassed over unintentionally deleting a message solely for you when they meant to pull it for everyone on the app, WhatsApp has added a new option that allows users to reverse the “Delete for Me” action.

With the new “unintentional delete” option, users have a five-second opportunity to reverse their decision to delete messages for the entire conversation or for a specific user instead of just themselves.

Many WhatsApp users occasionally find themselves in a predicament where they unintentionally select an unpleasant action like “Remove for Me” rather than “Delete for Everyone” to delete a message that was sent in error.

Users will benefit from this new WhatsApp feature because it gives them the chance to cancel their actions if someone accidentally deletes a message from the chat.

This new option will soon be accessible to all users on Android and iPhone smartphones, according to a report from WABetaInfo (WhatsApp features tracker), as it was tested on both platforms back in August.

WhatsApp first launched the “Delete for Everyone” feature in 2017 to allow users to rewrite a message for everyone involved in a chat.

The purpose of the function was to address the problem of someone in a group chat transmitting messages accidentally. The time limit was eventually increased to 48 or 60 hours in August of this year, however, the initial distribution of the choice was only available for seven minutes.