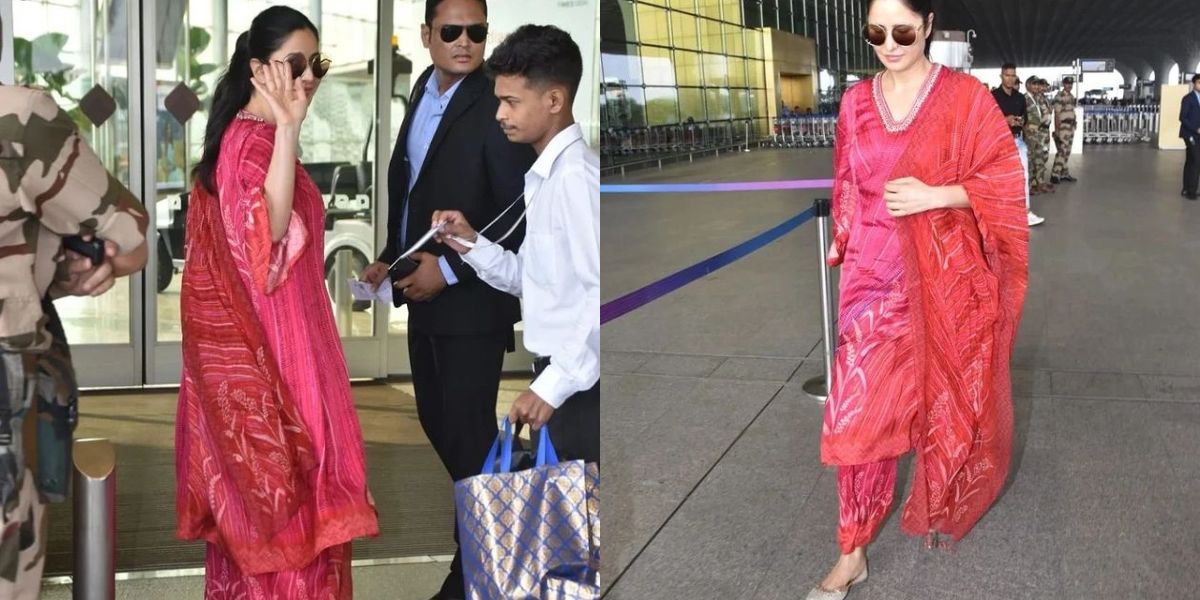 Katrina Kaif, who was most recently seen in Phone Bhoot alongside Ishaan Khatter and Siddhant Chaturvedi, was spotted at the airport today wearing a pink traditional outfit. Examine it out!

Katrina Kaif is one of Bollywood’s most popular actresses. She made her debut with the 2003 release Boom and has come a long way in her nearly two-decade career. Katrina has successfully carved a niche for herself in the industry and has proven her mettle on the big screen time and again. Her beauty and sense of style never fail to turn heads. Recently, the Ajab Prem Ki Ghazab Kahani actress was spotted at the airport.

Katrina looked stunning in a pretty pink salwar kameez for her airport appearance. She wore no makeup and wore her hair in a ponytail. The actress was also asked to give her thoughts on her husband Vicky Kaushal’s new song Bijli from his upcoming film, Govinda Naam Mera. When asked if she had seen the song, Katrina replied, “Haa, bohot acha laga.” Meanwhile, the actress previously re-shared Vicky’s Bijli song on her Instagram story, along with a ‘fire’ sticker.

Katrina was most recently seen in the film Phone Bhoot, which also starred Ishaan Khatter and Siddhant Chaturvedi. In addition to Jackie Shroff, Sheeba Chadha, and Nidhi Bisht, Gurmmeet Singh directed the film. Farhan Akhtar and Ritesh Sidhwani produce under the Excel Entertainment banner. The film was released on November 4th, 2022.

Aside from that, she has Maneesh Sharma’s Tiger 3 with Salman Khan. Following that, Katrina has Jee Le Zaraa, which stars Priyanka Chopra and Alia Bhatt. Farhan Akhtar will return to the director’s chair after his most recent film, Don 2. Excel Entertainment’s Zoya Akhtar and Reema Kagti collaborated on the script. She also has Merry Christmas, which stars Vijay Sethupathi.