NEW YORK: US Senate Majority Leader Charles E Schumer has said that he is ready to use his good offices for normalising the bilateral relationship between the US and Pakistan damaged by former prime minister Imran Khan’s anti-US rants.

Addressing a gathering of American-Pakistan Advocacy Group (APDG) in New York, Charles E Schumer said that he reiterated the stance of the Biden administration with regard to Imran Khan’s allegations of the involvement of US government in toppling his government.

He also termed Imran Khan’s anti-US statement the main cause of bad relations between the two countries. 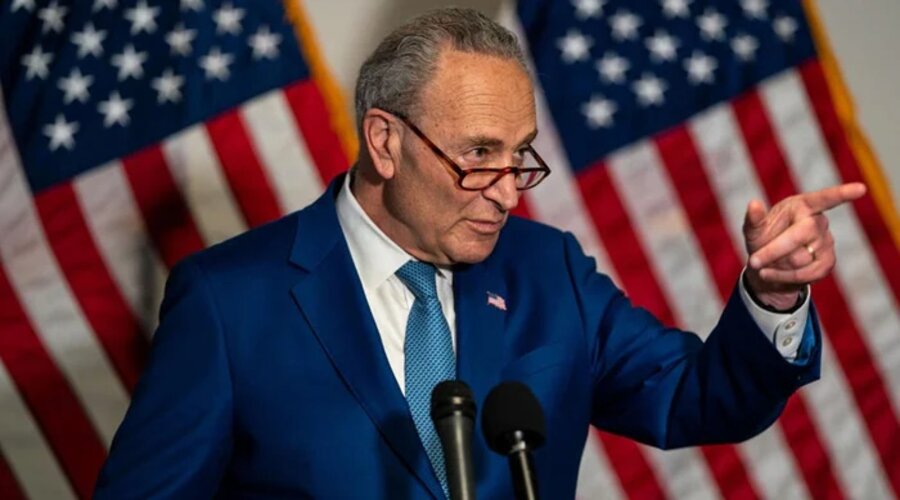 To a question as to what the US policy would be if Imran Khan came into power once again after winning elections, he said the US holds a dialogue with an elected head of the government, adding that no matter how intensely you disagree with someone, the best way to resolve the issues is to hold dialogues.

The US senator hoped for restoration of friendly relations between the two countries and added that Pakistan had remained an ally of the US government. When Charles E Schumer asked the gathering whom the Pakistani community in the US supported, some of them said Imran Khan while others defused the situation by saying ‘mixed’

Senator Charles E Schumer also slammed the Indian government for persecuting Muslims in India and added that he supported the rights of Kashmiri people. The statement of the US senator is quite distinctive and meaningful despite the Indian lobby’s influence on the Biden administration as Schumer is the Leader of the House of his party in the Senate and enjoys great influence. Besides, no candidate has appeared against him in the upcoming US Senate elections and the chances of his return unopposed are very high.

Surprisingly, the remarks of the US senator, criticising Imran Khan and pinning hopes on Shehbaz, sent a wave of despair in the gathering of American Pakistan Advocacy Group. The sentiments of the organisers of the event were not different from the audience, so they winded up the program abruptly. It is the first time when a key US senator has explicitly opposed Imran Khan’s anti-US rants.