The funeral of Queen Elizabeth II was attended by a special guest – a spider, which was seen crawling on a card written by King Charles III for his late mother.

Social media users saw the insect on top of a wreath laid on the coffin of Britain’s longest reigning monarch, alongside the Imperial State Crown.

“In loving memory of…” “Charles R,” the letter on which the spider was observed reading, was placed on top of the flowers that had been specially arranged at the request of King. 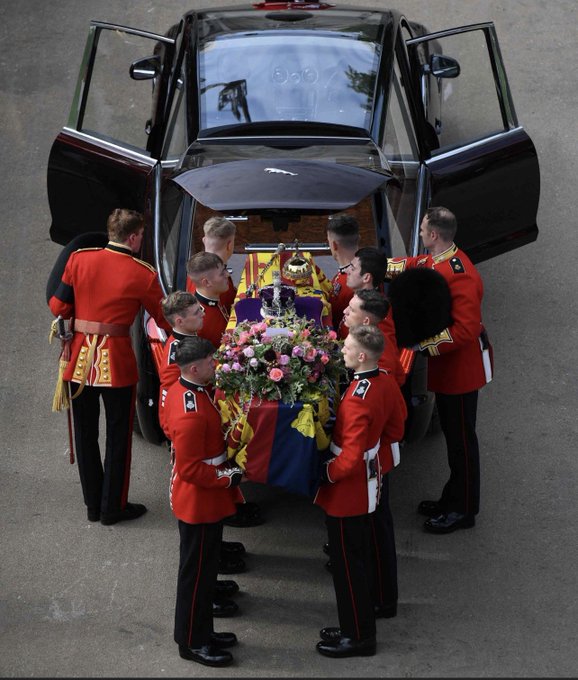 Anyone else notice the spider riding on the casket of Queen Elizabeth II? “, questioned one Twitter user.

The most famous spider in the world at the moment, a Royal admirer tweeted.

As a devotee of spiders, one user exclaimed, “Luckiest Spider in the world! There was a spider on The Queen’s Coffin!”

Another supporter commented: “It’s believed that the Queen enjoyed it when things went wrong. I think she’d adore the bishop dropping his document on the floor as well as the spider in her flower arrangement. #queensfuneral.”

2000 mourners, in addition to members of the Royal family, attended the late monarch’s funeral in Westminster Abbey in London.