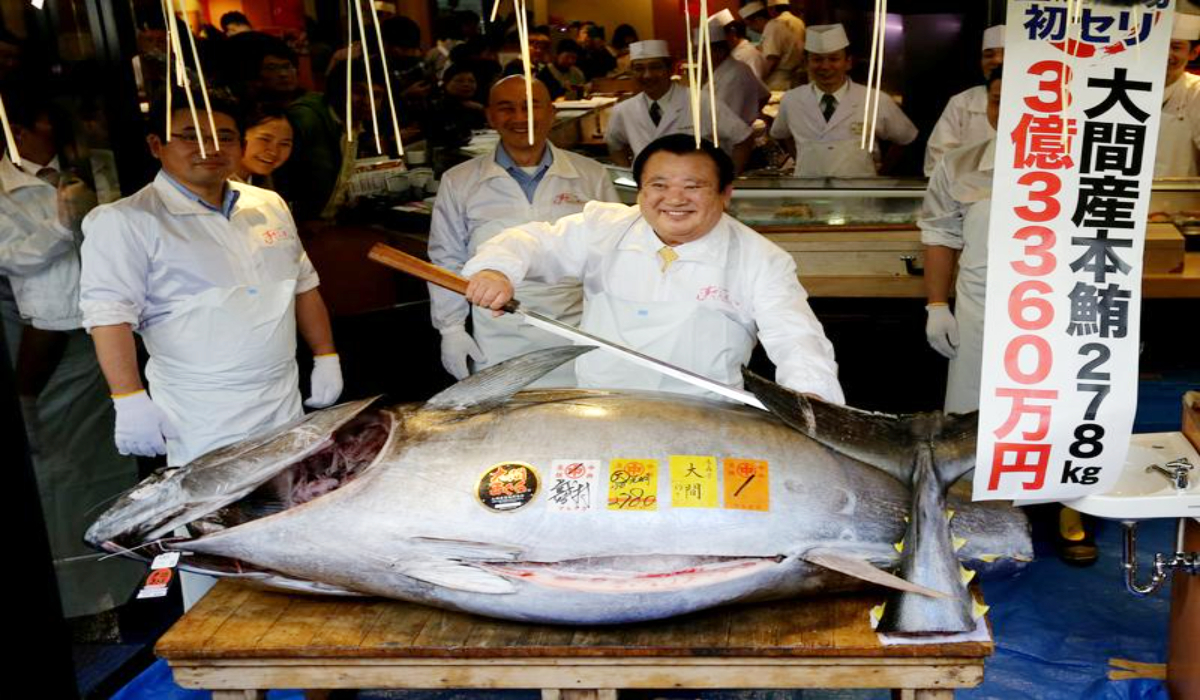 TOKYO: On Thursday, the top-selling tuna at Tokyo’s customary New Year auction sold for more than $270,000, nearly double the tuna price from the previous year, bucking a widespread pattern of declining demand.

The amount was still a small portion of the 2019 record price, but it represents a turnaround for the symbolic auction following three years in which prices fell.

Akifumi Sakagami, the head chef at Onodera and a specialist in sushi, told reporters after the auction that the fish “has all the traits of a good tuna.”

Years of doom have passed (during the pandemic). By taking advantage of situations like this, I hope we can provide enjoyment to everyone.

The most popular tuna from the previous year, purchased by the same two bidders, sold for just 16.88 million yen. As a Covid wave tore through Japan in early 2022, commentators blamed the low demand for the low price on this.

Bidders can take pride in winning the most expensive tuna at the much-anticipated New Year auction.

Kiyoshi Kimura, who calls himself the “Tuna King,” has always placed the highest offer, setting a record-breaking $3.1 million in 2019.

Kimura has refrained, though, in recent years, citing the pandemic.