On the Occasion of Eid ul Adha, President Dr Arif Alvi and Prime Minister Shehbaz Sharif Congratulate The Country and the Muslim Ummah.

To honour the historic sacrifice made by Prophet Ibrahim (AS), animal sacrifices are offered to God.

Everywhere in the nation, Eid celebrations are in full swing. On the three days of Eid, rain is predicted to fall across the nation, including in Karachi, according to the meteorological service.

In all cities, towns, and villages, Eid prayers were gathered in mosques, Eidgahs, and public space 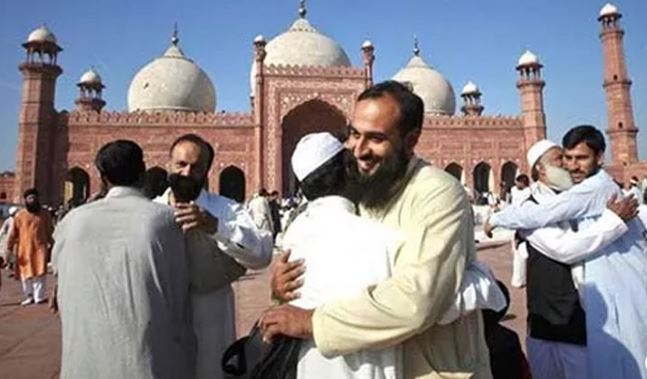 On the occasion of Eid ul Adha, the nation and the Muslim Ummah were congratulated by President Dr Arif Alvi, Prime Minister Shehbaz Sharif, and National Speaker Raja Pervaiz Ashraf.

The players offer Eid-ul-Azha prayers at the team hotel.#EidAlAdha pic.twitter.com/03dzJD86kM

The spirit of sacrifice, according to the President’s message, has universal relevance. According to him, the real objective of sacrifice is to give up one’s goals to further a greater cause rather than simply killing an animal.

In his address, the PM stated that this holy day conveys a message of sacrifice and total surrender to Allah. He asserted that the Muslim Ummah must work together to assist the deserving and impoverished sectors of society.