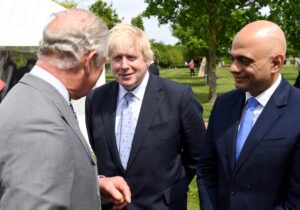 KIGALI: British Prime Minister Boris Johnson said on Friday that he would not reveal any conversations he had with Prince Charles, the heir to the throne, during a meeting in Rwanda.

According to British newspapers, Charles privately criticized Britain’s plan to send tens of thousands of illegal migrants to the East African country.

“However, I will say that as people come to Rwanda, as you have today, there are many prejudices about Rwanda.”