In addition to the blockbuster Experience, The Season’s final two Extremely Long Episodes contain a Great Deal of Melancholy.

I’m curious if Stranger Things will make it all the way to the top of Netflix’s top 10 list with the second collection of its season 4 episodes. It only has a few weeks left, as the release date for season 4 part 2 is and will remain July 1, 2022, just over a month after the first seven episodes were released.

The final two episodes also have a new teaser trailer that previews the final conflict, which you can see below because it was released during Netflix’s GeekedWeek: Stranger Things has always worn its love of cinema on its sleeve, with its avalanche of 80s film references. By making each of Season 4’s final two episodes as long as a feature film, the Duffer Brothers have firmly established their place in the “it’s not a TV show, it’s a very long movie” debate.

On a visual level, the season’s second volume delivers a blockbuster experience packed with epic special effects, though it’s moved much closer to a gory horror film than the ET and Goonies-style adventures of its early years. This overarching darkness, combined with the season’s never-ending frenzy, can make the long episodes tiresome to watch. The Hawkins kids are exhausted from annihilating Vecna (Jamie Campbell Bower), the slime-covered villain with an army of evil bats and a penchant for levitating his victims. It doesn’t help that the show’s central characters are scattered across America and Russia, so we’re constantly jumping between groups of Vecna-fighters, each engaged in their existential struggle. I can’t be the only one who wished the Russian contingent—Joyce, Hopper, and Murray—would simply vanish into the wilds of Siberia, leaving us with one less plotline to follow.

The show also raised the bar for fans who devoured the first installment and began projecting their fantasies and theories onto the remaining episodes. Some theories appeared to be an attempt to soften an impending blow: Stranger Things has a history of killing off characters, from Barb to Billy, so fans have been speculating on who it might be this season. Will the increasingly endearing Steve Harrington (Joe Keery) or Will Byers (Noah Schnapp), who seemed to fade into the background with each passing episode this season, perish? Then there’s Robin Buckley (Maya Hawke), who says in the trailer, “I have this terrible feeling it might not work out for us this time.” 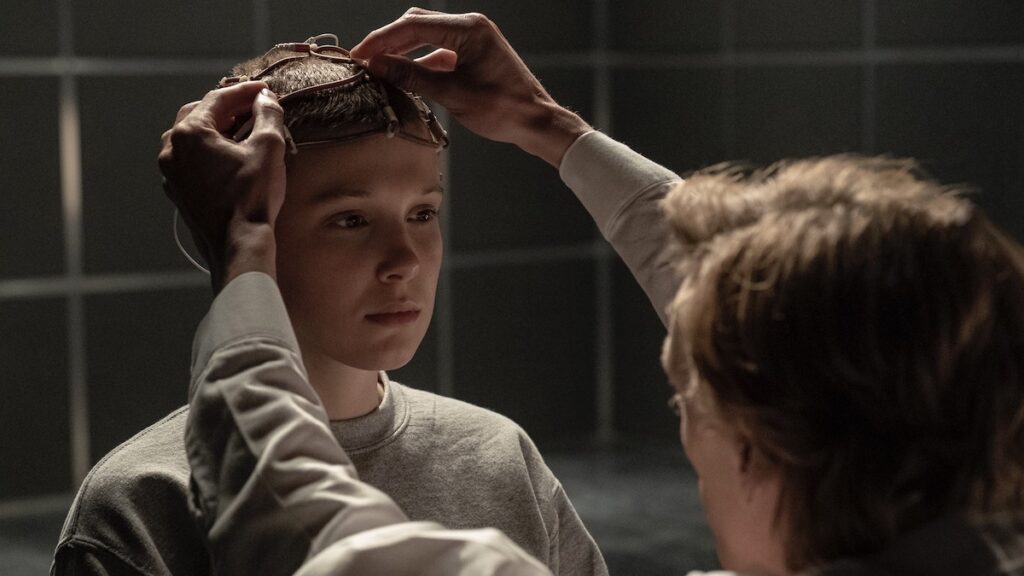 “In the run-up to the finale, it appeared that any member of the cast could be mind-flayed and neck-snapped.

Even so, I wasn’t prepared for the overwhelming melancholy of these last two lengthy episodes. The quip-heavy first half of the season gives way to an extended battle that results in the deaths of several major characters, not to mention the emotional turmoil that has been building. Max (Sadie Sink) continues to deal with the trauma that has haunted her all season (cue “Running Up That Hill”), while Will finally reveals his sexual desires—sort of. It’s tucked away in a heartfelt conversation with best friend Mike (Finn Wolfhard) about a canvas he’s painted featuring Mike as the heart of their gang.

Will says tremblingly, “Sometimes when you’re different, you feel like a mistake,” pretending to speak for El (Millie Bobby Brown). Will has been suffering silently all season, so his outpouring of tears is unexpected. Mike is still clueless, so there is no real catharsis for Will, but the show is paving the way for him to finally come out in the next season.

Meanwhile, Steve is the show’s poster boy for emotional growth, and he’s very proud of his transformation from doofus jock to sensitive doofus. On a perilous journey to the Upside Down, he confides in his ex-sweetheart Nancy that he crawled backward as a baby. “I’m super confident right away, but I also feel like an idiot. “It’s a dangerous combination,” he admits. “But the good news is that if I hit my head hard enough, I can change.”

This season, Steve is joined in his unlikely valor by Eddie Munson (Joe Quinn), a lovable metalhead and D&D master who becomes Dustin’s mentor (Gaten Matarazzo). In episode eight, one of the most thrilling scenes involves him hotwiring a stolen camper van and joyfully peeling out with the gang to the strains of Creedence Clearwater Revival’s “Up Around the Bend.” The people of Hawkins believe he’s a satanic killer, but Eddie proves his worth in a heroic moment reminiscent of an 80s heavy metal video when he plays Metallica’s “Master of Puppets.” He does it his way, with a devoted Dustin by his side, in a scene that elicits moving performances from Quinn and Matarazzo.

Stranger Things’ formulaic structure finally began to crack open this season, unleashing a flood of revelations about the origin story of Voldemort-esque Vecna (AKA Henry Creel AKA 001) and the creepy patriarchal figure known as Papa (Matthew Modine), some more satisfying than others. When speaking to Eleven, Vecna sneers, “He was no monster, he was just a man.” “That’s why he aimed for greatness in you and me.” The revelations also left the door open for further speculation: Is the Upside Down a multiverse? Is Lucas reading The Talisman, a novel by Peter Straub and Stephen King about parallel worlds, for any reason other than the fact that the Duffer Brothers are currently adapting it? That book is “about a boy who crosses into another dimension not to save his friend but to save his mother,” as they recently told my colleague Anthony Breznican. Stranger Things has so many parallels.”

I’ve always preferred the show’s most wistful, upbeat elements over its mythology. Some of that joy may fade as it approaches its final confrontation with the Big Bad, but I hope it gives characters like Joyce, Robin, and Hopper more opportunities to shine. Allow Millie Bobby Brown to grow out of her infantilizing white romper and shaved head costume once and for all, and allow El to mature into the mature superhero her friends know she is.

Vecna tells El that when she banished him to the void, “I became an explorer of a realm unspoiled by mankind”—commander of a hive of sentient particles and monsters that absorb its victims’ memories and essences. It also means that survivors of his wrath can feel him. “I can still remember what he thinks and how he thinks,” says Will mournfully. “And he’s not going to stop, ever, until he’s taken everything.” That leaves the inhabitants of Hawkins—and us—in a very bleak place, evil particles leaking out of the Upside Down, waiting for the apocalypse that lies ahead.