The Queen’s funeral photos of Meghan Markle spark rumours that she is expecting a child.

After a day in which the world and Britain bid the nation’s longest-reigning monarch a tearful farewell in a glittering display of pomp and ceremony, Queen Elizabeth was put to rest alongside her cherished husband on Monday. 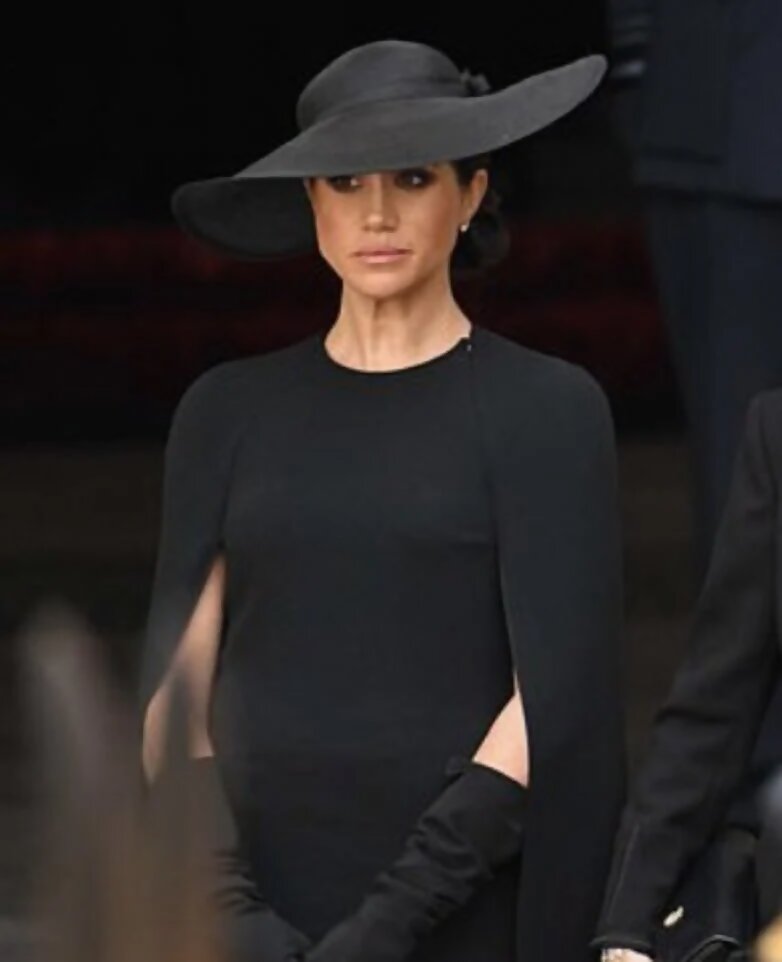 There were times of genuine feeling amidst the formality and meticulous choreography.

King Charles hid his tears late in the day, and other royal family members’ features bore the scars of their sorrow.

Read More: Backlash follows Meghan Markle’s image of herself sobbing during the funeral of the Queen

Some royal critics remained fixated on Meghan Markle and Prince Harry while the Britons grieved the passing of their beloved king.

Many commenters and royal enthusiasts began speculating about the Duchess of Sussex’s pregnancy after focusing on her photo.

Her carrying a wireless transmitter waist strap, according to some, was alleged.