On Tuesday Morning, Users of the Well-known Photo and Video sharing app Snapchat Reported Several Technical issues, with many of them being unable to log in.

Most users are having trouble logging into Snapchat down, but some users have also had issues with server connections.

It’s currently unclear what is causing the problems with the social media platform, which boasts millions of users worldwide.

“We’re aware of an issue preventing some Snapchatters from logging in,” Snapchat Support wrote on Twitter.

“Hang tight, we are looking into it and working on a fix!”

Before 9 a.m. ET, messages started to overtake Twitter and other social networks. While several just noted general issues keeping them from using Snapchat, others were more specific, claiming the app would stop and, in some cases, completely log them out.

Been logged out of Snapchat. Cannot get back in. @Snapchat @snapchatsupport

The problems were noted on the well-known website Down detector, which collects user reports of online technical problems to identify when certain services or websites are encountering widespread difficulty. On Tuesday, at around 9 a.m., the Snapchat website page displayed a sudden surge of reports. Approximately 90% of the reports listed “logins” as the main problem, with a few also mentioning “app” and “server” problems. By 10:30 a.m., the increase in reports was still going strong and hardly started to decline.

Why is Snapchat down?

Snapchat has not yet shared the cause of the outage.

“Is Snapchat down or being laggy for anyone else the app just keeps freezing then logging me out,” one user wrote on Twitter.

When could it be back?

As of 3 Pm Snapchat is still down, and the company has not shared when the app could be back running.

Is anyone else snap doing this shit too? #SnapchatDown pic.twitter.com/WVZgyCqEwB

When it was first released in 2011, Snapchat was intended to be an app that would let users transmit each other photographs and videos, with the catch that the content would be removed after a certain period. The app’s emphasis has moved in recent years to be more on “Stories,” which are streams of the information uploaded by users and brands throughouthe a day. 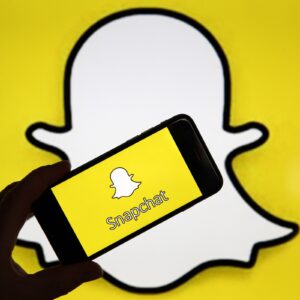