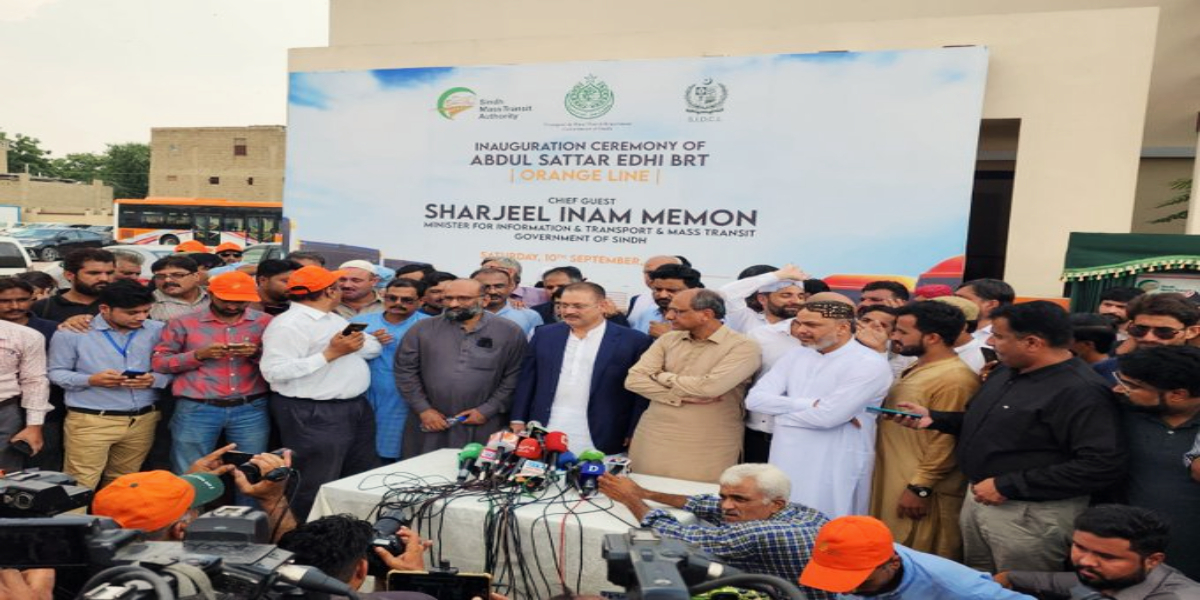 BRT Abdul Sattar Edhi Line is the name given to the bus service as a memorial to the late philanthropist. The route it will take is 3.88 kilometers long. 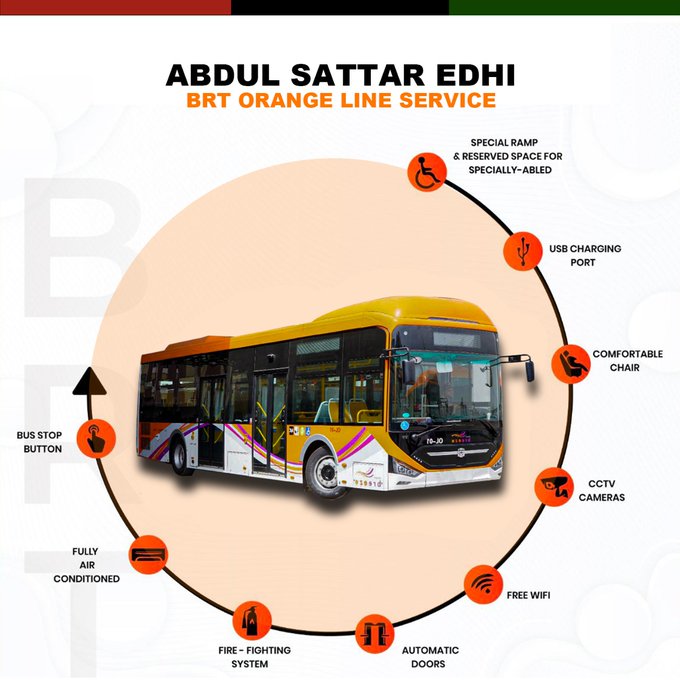 From Orangi Town to the Board Office Chowk traffic crossings, connectivity would be provided by the service.

Memon announced that 20 air-conditioned buses will travel the route while speaking at the inaugural event on Saturday.

All stations, including the buses, have CCTV cameras installed, and for the convenience of the patrons, USB charging connections are available.

According to Memon, commuter fares will be between Rs. 10 and Rs. 20.

Despite the financial crisis and rising gas prices, he remarked, “We have decreased the fares.”

“The modern transit service would help thousands of inhabitants, therefore it is a gift from the Sindh government to the people of Karachi.”

The minister praised the efforts of Shehbaz Sharif, the prime minister, and PPP leader Bilawal Bhutto-Zardari in bringing the project to a successful conclusion.

He continued, “They have pledged to bring another project for Karachi’s citizens to help the people and make their lives simpler.

Faisal Edhi, who spoke at the inaugural ceremony, praised the Sindh government and noted Karachi’s urgent need for such a bus service.

He continued, “The bus project needs to be enlarged.