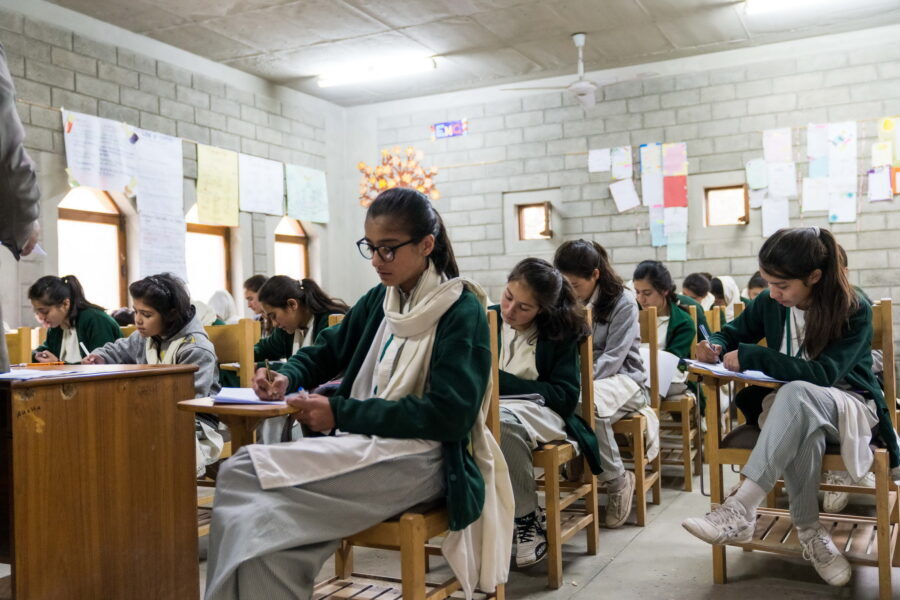 The Sindh Govt announced on Thursday that due to the ongoing flood-like conditions throughout the province, Sindh Govt Announce schools and colleges remain closed till Saturday due to rain emergency  (August 26 and 27). 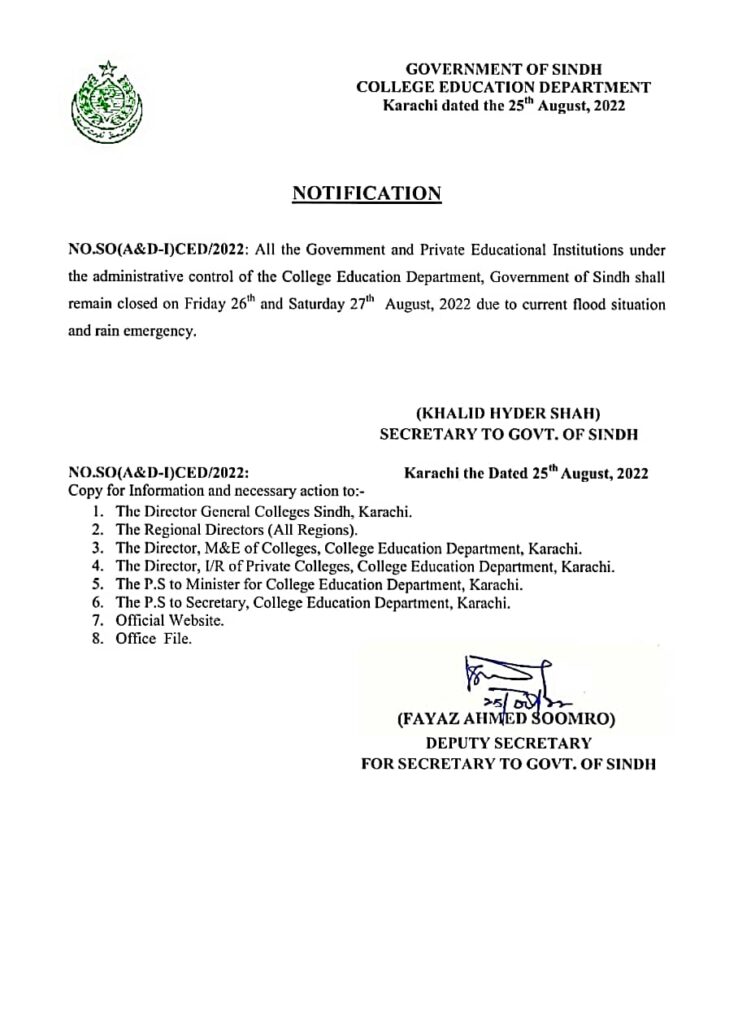 Due to the severe rain emergency in the province, provincial education minister Syed Sardar Ali Shah announced that all schools would be closed through Saturday.

“Due to the persistent rains, the province is still in a flood-like situation. As a result, schools and colleges will be closed for an additional two days, according to Shah.

Later, a notification in this regard was also released by the Sindh Education and Literacy Department.

Due to the current flood situation and rain emergency, all government and private educational institutions under the administrative control of the College Education Department of Sindh will be closed on Friday, August 26, and Saturday, August 27.

Over the past few days, Sindh, including Karachi, has continued to be battered by the relentless monsoon rains, which have caused urban flooding and the suspension of power in many areas.

The Sindh government designated 23 districts as calamity-hit on Wednesday.

At a press conference on Wednesday, Provincial Information Minister Sharjeel Memon stated that the extraordinary monsoon rains followed by catastrophic floods had caused at least 239 fatalities, over 700 injuries, and calamity in 23 of the province’s districts.

In addition, the Hyderabad Division reported four deaths related to rain in the previous 24 hours.

The minister stated in a statement that there was still a flood situation in many districts of Sindh and that the majority of Sindh’s schools and colleges were submerged and had been converted into relief campuses for the victims.