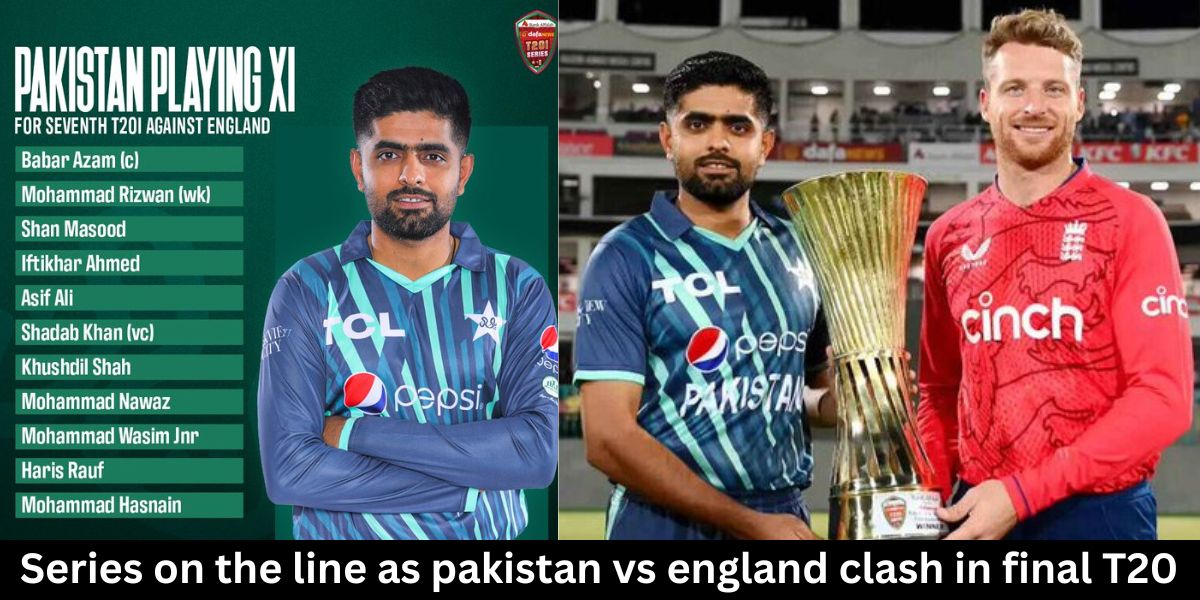 LAHORE: pakistan vs england clash in final T20 After an utterly dominant victory over Pakistan that tied the series at 3-3, England’s Phil Salt vowed that his team would not let up in the seventh and final T20 International on Sunday at the Gaddafi Stadium.

With more than five overs to spare on Friday night, England reached the 170-run mark thanks to an explosive unbeaten 88 from Salt, who had flattered to deceive in the prior games. The wicket-keeper batsman said they intended to put Pakistan on the defensive in the game that would decide the series.

“As a team, we know what we do well, and no rethinking is required on that front,” Salt told reporters following his man-of-the-match performance.

“We have a template in place; it’s just a matter of being smarter and taking more high-percentage shots, which we haven’t done in the last couple of games.” We want to stay on top and put the other teams on the back foot.”

With 50 runs in three overs, Salt and his opening partner Alex Hales gave England the perfect foundation to build their chase.

It came after England failed to chase down scores of 166 and 145 in the previous two series matches.

For T20 matches, the Gaddafi Stadium ground is conducive to batting. Here, the first inning score averages 164 runs, yet in the most recent game, both sides managed to surpass that mark. But with important pacers returning for this match, spectators may anticipate them to make quick progress in the powerplay overs.

“We knew it was a good wicket, and we knew we wanted to get off to the best possible start,” he explained. “As for me, I play aggressively and want to win as many games as possible while wearing the England shirt.”

The English were so dominant that Pakistan skipper Babar Azam, who scored an unbeaten 87 on Friday, admitted his team had been completely outplayed, and the absences of key pacers Naseem Shah (out due to Covid-19) and the rested Haris Rauf were felt keenly.

Due to fitness issues, Babar was also missing vice-captain and opening partner Mohammad Rizwan, and Pakistan’s middle-order was once again found wanting, despite Iftikhar Ahmed’s quick 31.

However, Babar felt that the quick dismissals of opener Mohammad Haris (in for Rizwan) and Shan Masood prevented Pakistan from scoring more runs.

“Considering how the pitch was playing and we lost back-to-back wickets, 169 was looking good,” Babar lamented at the end of the match. “The middle order must step up and form alliances.”

Although Pakistan Cricket Board stated that middle order batter Haider Ali was hospitalized following the match on Friday, he returned to the team hotel on Saturday after undergoing a “complete medical check-up.”

According to a PCB spokesperson, both Haider and Naseem will join the squad on Monday for their tri-nation series in New Zealand ahead of the T20 World Cup in Australia, which begins on October 22.

Prior to that, Pakistan will try to finish on a high note against England, and their bowlers will have a tough task on their hands to respond on Sunday.

“There wasn’t much we did wrong, and it was just great batting,” Pakistan’s bowling coach Shaun Tait told reporters on Friday. “They tried to hit every ball for a boundary, which caught our bowlers off guard.” They simply attacked us.”

Based on Friday’s performance, stopping that attack will be critical if Pakistan is to win the series.