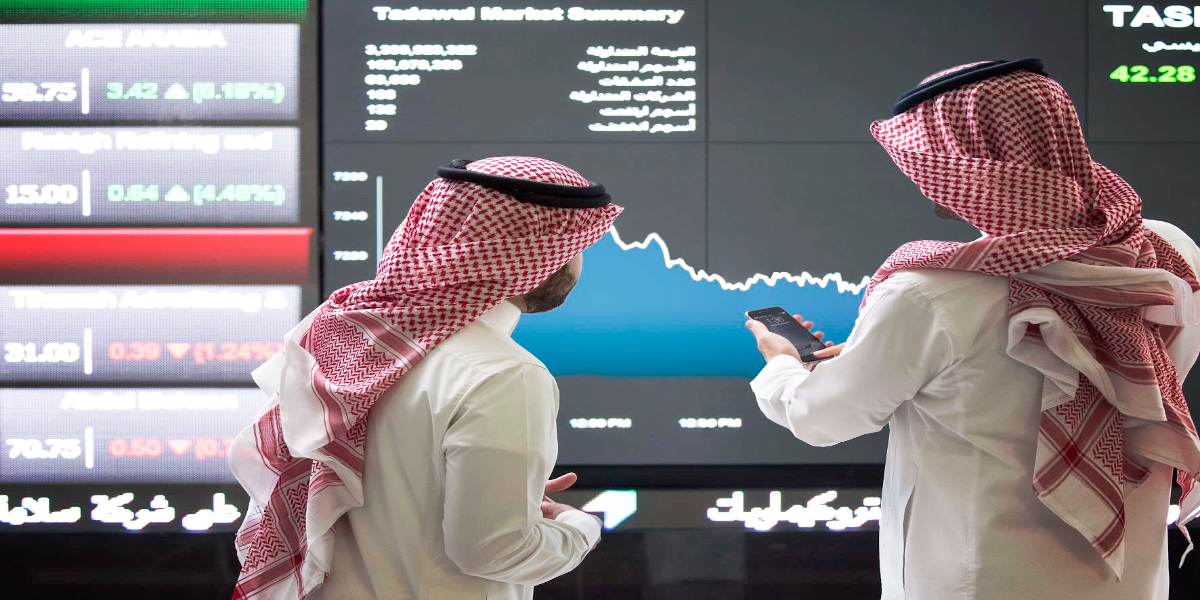 In response to Friday’s decline in oil prices and global shares, the Saudi Stocks market ended down on Sunday, capping three days of advances.

After central banks in Europe and North America signalled they will continue to fight inflation forcefully, oil, a key catalyst for the Gulf’s financial markets, plummeted by more than $2 per barrel on Friday, swept up in a wider meltdown in global equities on worries of an impending recession.

In order to examine the economic and technical viability of building a new petrochemical complex that would be linked with an existing refinery in Yanbu, Saudi Arabia, Saudi Basic Industries Corporation (SABIC) signed an agreement on Sunday with Aramco and China Petroleum & Chemical Corporation.

SABIC shares, however, increased by 0.7%.

A hawkish tone from central bankers and bad data fuelled recession fears on Friday, sending MSCI’s world stock index down 1.1% and to its lowest level in almost a month.

The Fed was one of the numerous central banks that raised interest rates this week, signalling that the battle to control inflation was becoming more intense.

Read More: US Bank Stocks fall, due to recession worries of Wall street week ahead

The majority of the Gulf Cooperation Council nations, including Saudi Arabia, have linked their currencies to the American dollar and closely follow the Fed’s policy decisions, making the area vulnerable to the effects of monetary tightening in the largest economy in the world.

In markets other than the Gulf, Egypt’s blue-chip index lost $2, extending losses from the previous session when it fell from nearly four-year highs.

Due to a public holiday, Qatar and Bahrain were closed.