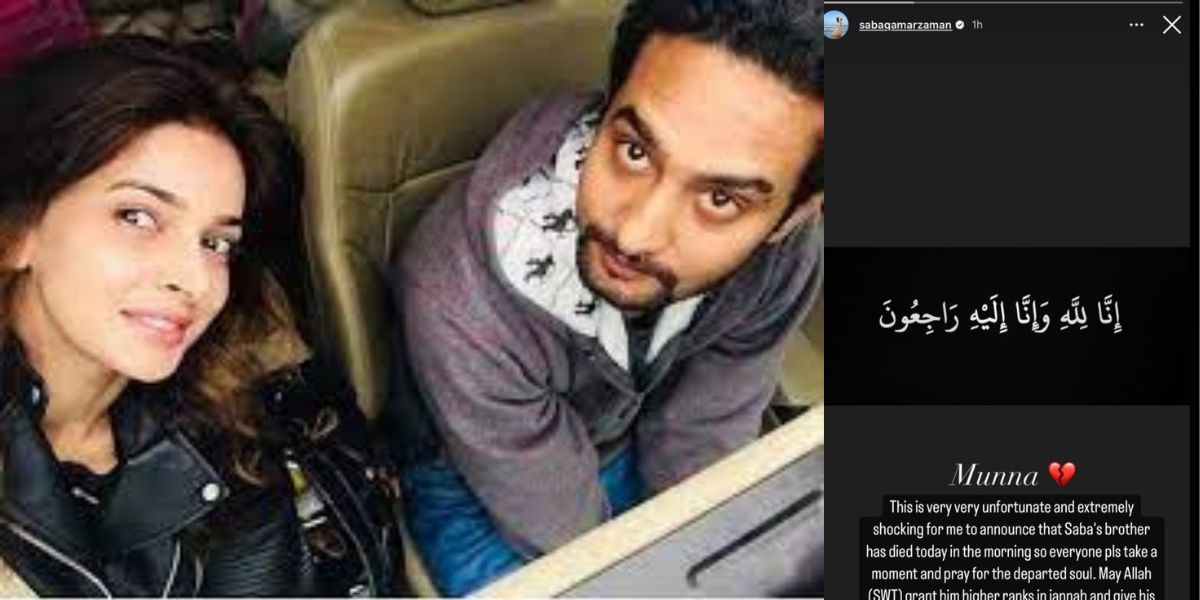 Saba Qamar Zaman, a film and television actor, lost her elder brother on Tuesday, according to her manager.

The actor’s elder brother died on Tuesday morning, she announced on Instagram stories. “Munna,” she wrote in the text post, followed by a broken heart emoji on the photo and video sharing app.

Saba’s manager and close friend Meshal Cheema confirmed the bad news by sharing a screenshot on her Instagram. “This is very unfortunate and extremely shocking for me to announce that Saba’s brother died this morning in the morning so everyone please take a moment and pray for the departed soul,” she wrote. 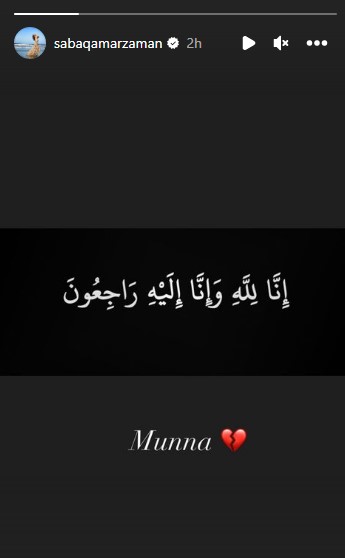 “May Allah (SWT) grant him higher ranks in Jannah and provide him with family sabar to help him cope with this loss.” Cheema added, “Ameen.”

Several social media users, including celebrities, expressed their condolences to the bereaved family.

To be sure, Saba Qamar lost her father when she was very young, and she and her siblings were raised by a single mother.