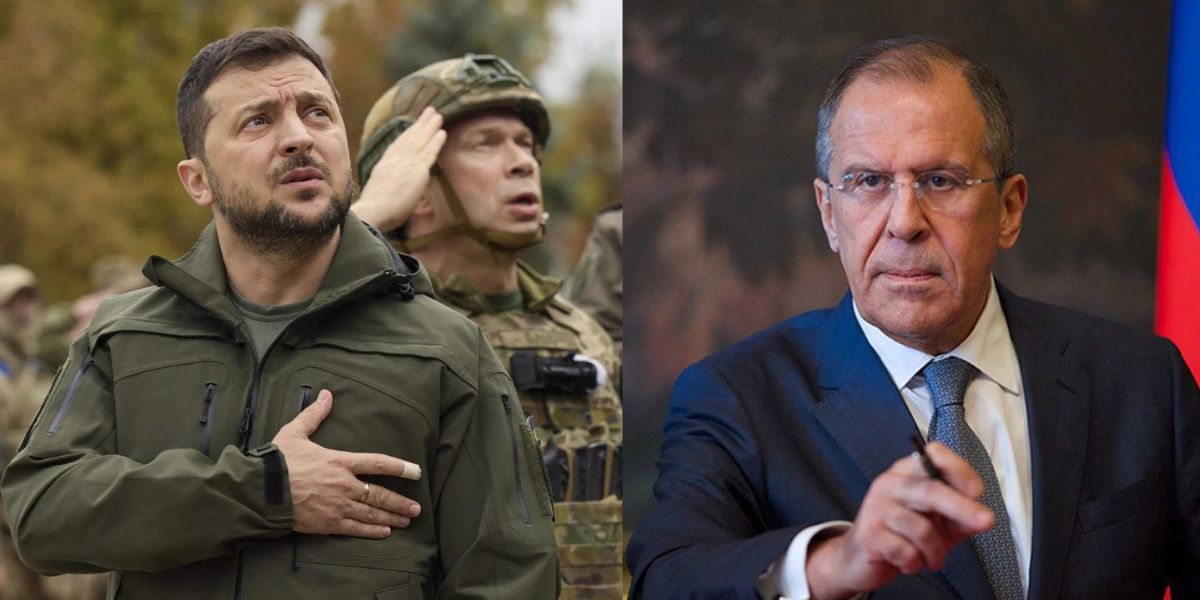 DUA NUSA: sergey lavrov, Russia Foreign Minister, said Tuesday that Ukraine conditions for resuming talks with Moscow were “unrealistic,” speaking at the G20 summit 2022, where pressure was mounting on Russia to end the conflict.

“All problems are with the Ukrainian side, which is categorically refusing to negotiate and putting forward clearly unrealistic conditions,” Lavrov told reporters.

He stated that he presented that position to French President Emmanuel Macron and that he explained Russia’s position to German Chancellor Olaf Scholz.

Several rounds of talks between Russian and Ukrainian officials during the early stages of the conflict, including meetings hosted by Recep Tayyip Erdogan, ended with no agreements to end the fighting.

This summer, Russia and Ukraine signed an agreement with the United Nations and Turkey to open several Ukrainian ports, allowing grain exports from one of the world’s largest producers.

However, Ukraine’s leader, Volodymyr Zelensky, has stated that Kiev will be unable to hold peace talks with Moscow as long as Russian President Vladimir Putin remains in power.

READ MORE : Russia avoids the Oscars as the Ukraine crisis affects the arts

“Third-world countries… are well aware that this process is hampered by Ukraine, which prohibits negotiations with the Russian Federation through laws, including Zelensky’s decree,” Lavrov said.

“We want to see concrete evidence that the West is serious about disciplining Zelensky and explaining to him that this cannot continue, that it is not in the interests of the Ukrainian people,” said the foreign minister.

Putin was forced to skip the summit due to a string of humiliating battlefield defeats and a grinding war that threatens his regime’s future.

Meanwhile, Zelensky made a video appeal to G20 leaders, urging them to put pressure on Russia to withdraw its forces after nearly nine months of fighting.

He outlined several strategies, including nuclear and food safety, the cessation of hostilities, and the prevention of escalation.

He referred to the leaders as the “G19,” excluding Russia.

Among his requests was an extension of the Black Sea Grain Initiative, which was signed in July by the United Nations and Russia.

It ensured that food exports were not halted at Ukrainian ports by Russian warships.

According to the UN, 10 million tonnes of grain and other food have been exported since the agreement began, preventing a global food crisis.

However, the agreement will expire on November 19th. Mr Zelensky stated that the agreement should be extended indefinitely, “regardless of when the war ends.”

“The right to food is a fundamental human right,” he said, proposing to expand the agreement to other ports in the Mykolaiv region.

Russia stated on Saturday that no agreement to extend the agreement had been reached.

In exchange for allowing Ukraine to ship food, Russia has demanded that Western sanctions be lifted, allowing Russia to freely export food and fertiliser to global markets.

In addition, Mr Zelensky accused Russia of attempting to “turn the cold into a weapon against millions of people” by bombing key Ukrainian energy infrastructure as winter approaches.

He requested additional military assistance from Ukraine’s allies, as well as price controls on Russian energy exports so that Russia does not profit from them.

“If Russia is attempting to deprive Ukraine, Europe, and all energy consumers around the world of predictability and price stability, the response should be a forced limitation of Russia’s export prices…

Russia has shut down its Nord Stream 1 gas pipeline to Europe, while the West has halted the construction of a second pipe. Mr Zelensky, who had just returned from the recaptured Ukrainian city of Kherson, compared the city’s liberation to “D-Day, the landing of the Allies in Normandy” during World War II.

“It was not yet the end of the battle against evil, but it had already determined the entire course of events. This is exactly how we feel right now “He stated.

When asked if he had gained support at the G20 summit, he stated that “no one except the West and its closest satellites has joined anti-Russian sanctions.”

The Ukraine conflict cast a long shadow over the first day of the G20 leaders’ summit, and was discussed at several meetings.

During a meeting with Chinese President Xi Jinping, French President Emmanuel Macron emphasized that the conflict “must be overcome through close coordination between France and China.”

According to a readout from the French side, the two countries respect Ukraine’s “territorial integrity and sovereignty,” and Mr. Xi “supported” Mr. Macron’s peace efforts. In contrast, a Chinese readout distributed to state media made no mention of Ukraine. It made a hazy reference to the conflict by stating that the world was entering “a new period of turmoil and change.”

In his opening remarks at the summit, UK Prime Minister Rishi Sunak addressed Mr Lavrov directly, the first time a British leader has confronted a senior Russian figure face to face since the war began.

He claims that the “Putin regime…has stifled domestic dissent and fabricated a veneer of legitimacy only through violence,” and that he is hearing “a chorus of global opposition to its actions.”