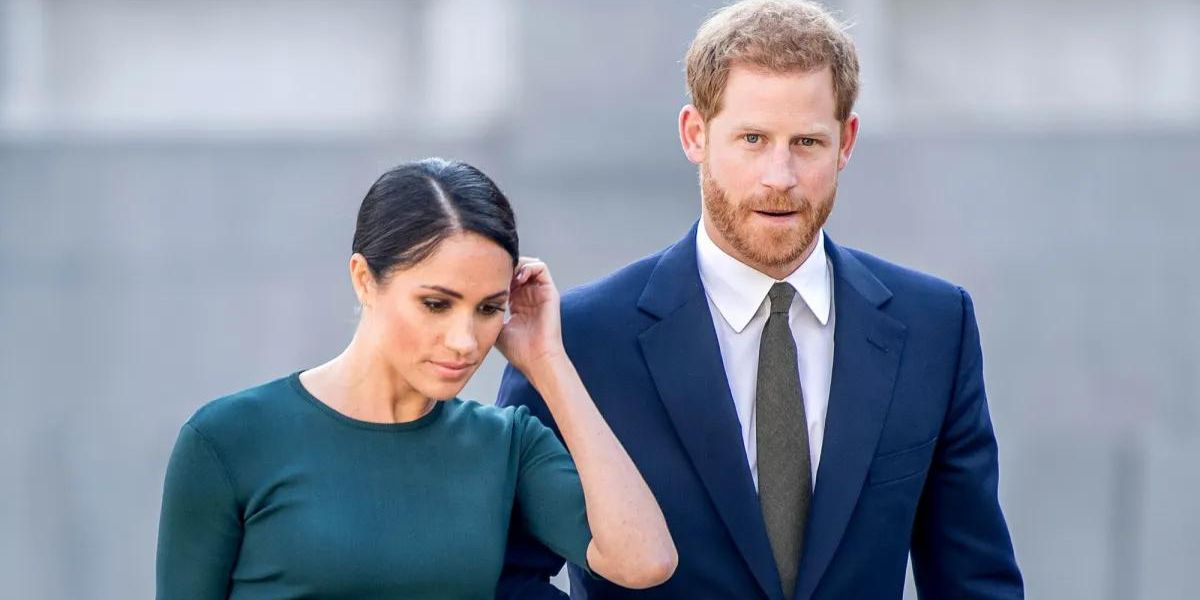 It’s a tense situation. The premiere of Harry & Meghan has passed, but Prince Harry and Meghan Markle’s battle with The Firm is just getting started, according to an insider exclusively revealed in the new issue of Us Weekly.

“The general consensus amongst the royals is that Harry and Meghan aren’t doing themselves any favors by speaking out about the family, and that they’re digging themselves a deeper hole with these tell-alls,” a source says of the Duke and Duchess of Sussex, 38 and 41, respectively. The couple’s Netflix docuseries debuted in two parts on December 8 and December 15, but the royal family is still waiting to see what Harry reveals in his upcoming memoir, Spare, which is set to be released on January 10, 2023.

“They’re hoping that once Spare is out, Harry and Meghan will focus on the future rather than the past,” a source tells Us.

While much of Harry and Meghan’s focus was on their romance, the couple didn’t hold back when discussing their decision to step down as senior working members of the royal family in January 2020. The founder of the Invictus Games stated that he does not expect to ever fully resolve his differences with his brother, Prince William, and his father, King Charles III.

“I’ve had to come to terms with the fact that we’re probably never going to get genuine accountability or genuine apologies,” BetterUp’s CIO said in Part 2 of the series. “My wife and I are leaving. “We’re focused on what’s next.”

The Prince of Wales, 40, was previously reported to be dissatisfied with what his brother said about him in Harry & Meghan. “He’s upset with Harry for painting him and the [royal] family in a negative light,” a source told Us. “William was hoping they could move on after the CBS interview [in March 2021], but Harry airing his dirty laundry has only exacerbated the two brothers’ conflict and resulted in them taking a step backward.” Princess Kate, William’s wife, was equally dissatisfied. “Kate feels hurt and betrayed that Harry would do this to her as well, especially given how close the couple used to be,” a source said of the Duchess of Cambridge, 40.

Despite the ongoing tension, the Cambridges are unlikely to respond publicly to the Sussexes’ claims. “William isn’t going to give his side of the story or openly retaliate,” a source told Us. “He keeps his dignity and gets on with the job.”

While Harry stated in the documentary that he does not regret his decision to leave the United Kingdom, he did admit that there are a few aspects of royal life that he misses. “I miss the weird family gatherings when we’re all brought together under one roof for certain times of the year,” he said. “Being part of the institution meant that I was in the U.K., so I miss the U.K. I’m missing my friends. I’ve also lost a few friends in the process.”

Watch the video above for more on where Harry and Meghan stand with the royals following their Netflix docuseries, and pick up the new issue of Us Weekly, which is on newsstands now.