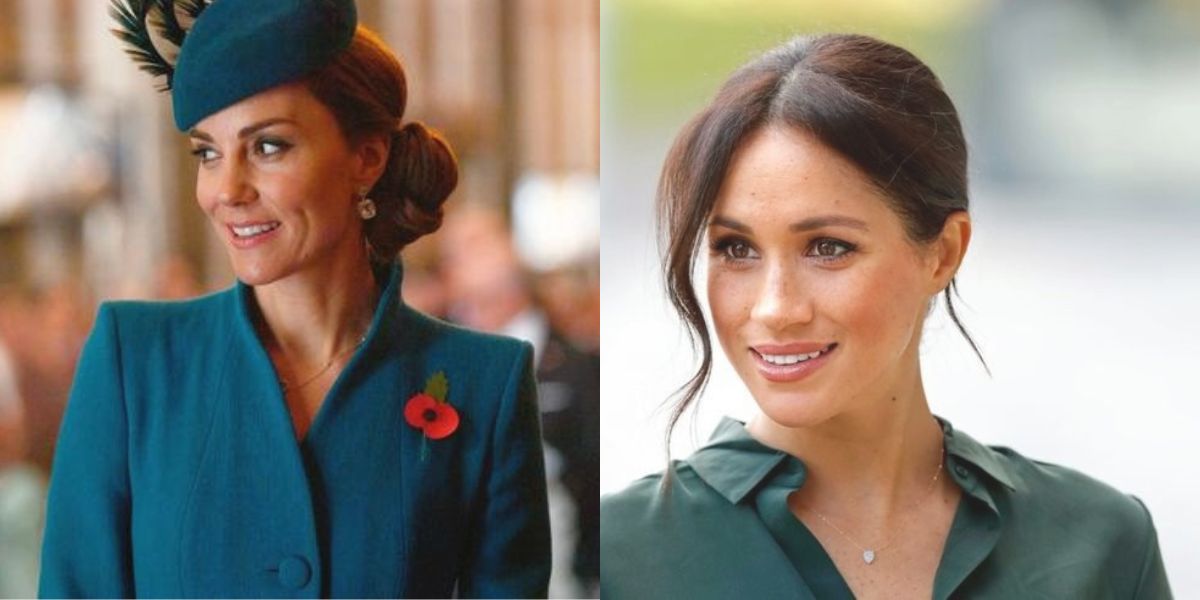 Before Queen funeral, here is how Kate Middleton and Meghan Markle broke the ice.

Before Queen Elizabeth’s ceremonial funeral procession, Kate Middleton and Meghan Markle made an effort to start a conversation.

An insider connected to Heat World has revealed this information.

The insider said that before Queen Elizabeth’s burial, Kate and Meghan were “being nice with each other.”

They hadn’t spoken for a very long time before that walkabout in Windsor two days following the Queen’s passing. The ice was broken by a cordial exchange that took place soon before it.

This assertion was made not long after Queen Elizabeth’s Windsor walkabout became popular on social media due to the Fab Four’s reunion.

At the funeral of Queen Elizabeth II, Kate Middleton and Meghan Markle were photographed chatting and laughing together, seemingly putting their rumoured feud to rest.

The two women have been the subject of much speculation lately, with reports of a rift between them.

However, their friendly interaction at the funeral appears to have put those rumours to rest.

Kate and Meghan were photographed chatting and laughing together, looking like they were getting along just fine.

This is a good sign for the future of the monarchy, as it shows that the two women are able to put their differences aside for the sake of unity.