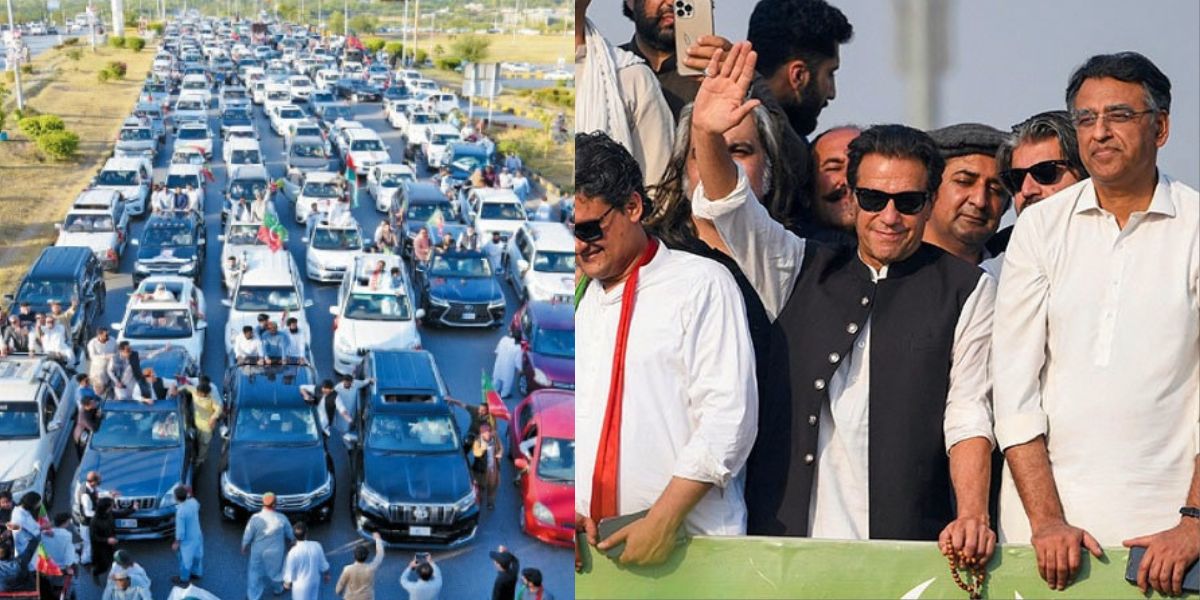 As per Imran Khan’s direction, PTI Long march will start by the end of Sep 2022. Imran Khan in his last speech clearly gave the direction to Punjab management for the preparation of the Long march to Islamabad.

(Infosette News) Islamabad: According to well-placed sources cited by ARY News on Wednesday, the Pakistan Tehreek-e-Insaf (PTI) has chosen to speak with the federal government’s partners before issuing a formal call for protest.

The PTI will speak with federal government partners before issuing the final call for protest and would attempt to persuade them to leave the PDM administration.

An official from the PTI who spoke to ARY News on the condition of anonymity said that although they had already called the allies, meetings will now begin the next week.

However, the Pakistan Tehreek-e-Insaf (PTI) is reportedly planning another lengthy march against Islamabad, thus the federal government has reportedly demanded over 30,000 police, rangers, and FC forces from the provinces.

According to sources, the federal administration, which is run by the Pakistan Muslim League Nawaz (PML-N), has requested security forces from the provincial government in order to bolster security in the capital in the event that the PTI organises a protracted march.