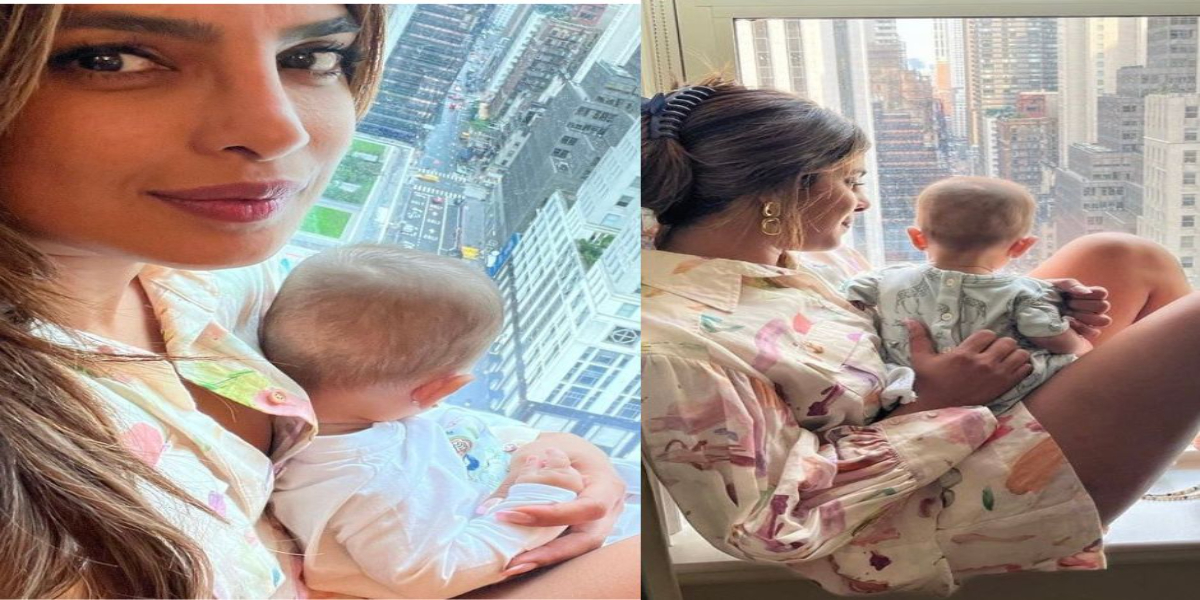 Celebrity actress Priyanka Chopra is now attending the UN General Assembly in New York. The actress, who was chosen by UNICEF in 2016 to serve as its Goodwill Ambassador, presented at the international event. She is with her nine-month-old child, Malti Marie, and has been adeptly juggling her personal and professional lives. The wonderful time Priyanka had with the tiny Malti during her lunch break was captured in a recent photo that she published on social media.

You’re going to love the actress’s most recent additional photographs of herself and her child! Priyanka Chopra posted two pictures of herself holding Malti Marie on her Instagram page while her daughter admired the breathtaking view of the city. As a couple, they are making their first trip to New York, Priyanka stated in her caption. Priyanka can be seen looking over towards Malti in the first picture as the young child watches the video. They can be seen sitting on the window ledge. In a different photo, the actress also snapped a close-up selfie. “Our first trip to the big (apple),” Priyanka captioned the images.

Soon after the actress posted pictures of her newborn kid, comments from her fans poured in. In a comment on PeeCee’s Instagram post, The Vampire Diaries actress Nina Dobrev referred to it as her “favourite item in life,” and Bollywood stars Ranveer Singh and Dia Mirza added heart emojis.

Check out the images below 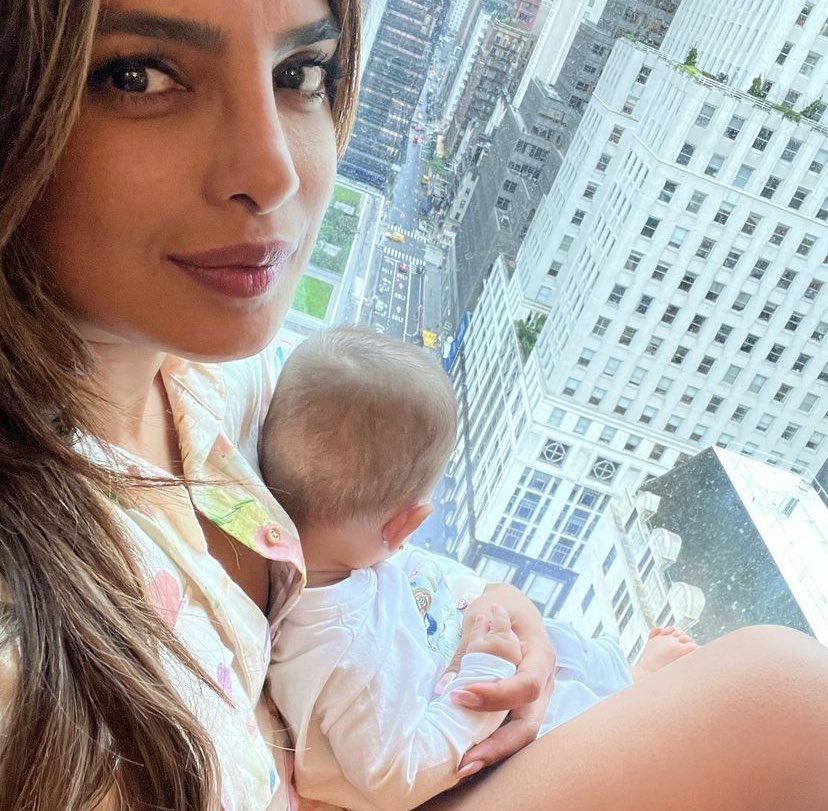 The couple’s baby, Malti Marie Chopra Jonas, was delivered via surrogate in January of this year. In her blog entry to announce the news, Priyanka stated, “We are thrilled to confirm that we have welcomed a baby via surrogate.” We respectfully ask for your privacy so that we can concentrate on our family during this special time. I’m quite grateful for it.

In terms of her professional career, Priyanka Chopra will next be seen in Farhan Akhtar’s Jee Le Zaraa, starring Alia Bhatt and Katrina Kaif. She will also make an appearance in the spy thriller Citadel and the romantic comedy It’s Coming Back To Me.