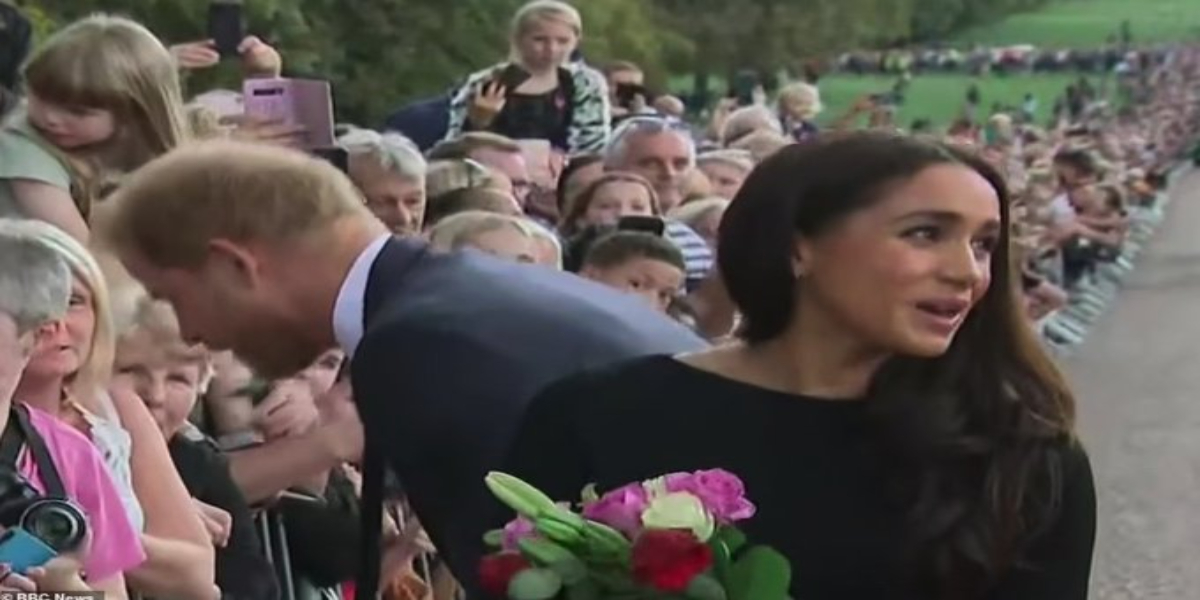 Prince Harry and Meghan Markle may be “sidelined” from Queen Elizabeth’s burial, according to reports.

Following his “painful” uniform row, experts caution Prince Harry and Meghan Markle about the possibility of being ignored at the Queen’s burial.

In her most recent article for the New Zealand Herald, royal analyst and author Daniela Elser addressed this caution.

Instead, Harry and Meghan, the Duke and Duchess of Sussex, were abruptly demoted to the second row, directly behind the viscount, she said in the opening paragraph.

And as a result, James was prominently seen in many of the photographs shot of the Sussexes at the ceremony.

Are the Sussexes ready to be demoted to embarrassing second-row status now that the Queen will be laid to rest the following week? Will they be put in their place, grouped in with the other royal cousins?

She said, “If the last few days are anything to go by, the Sussexes could be in for a very difficult period indeed,” before drawing to a close.