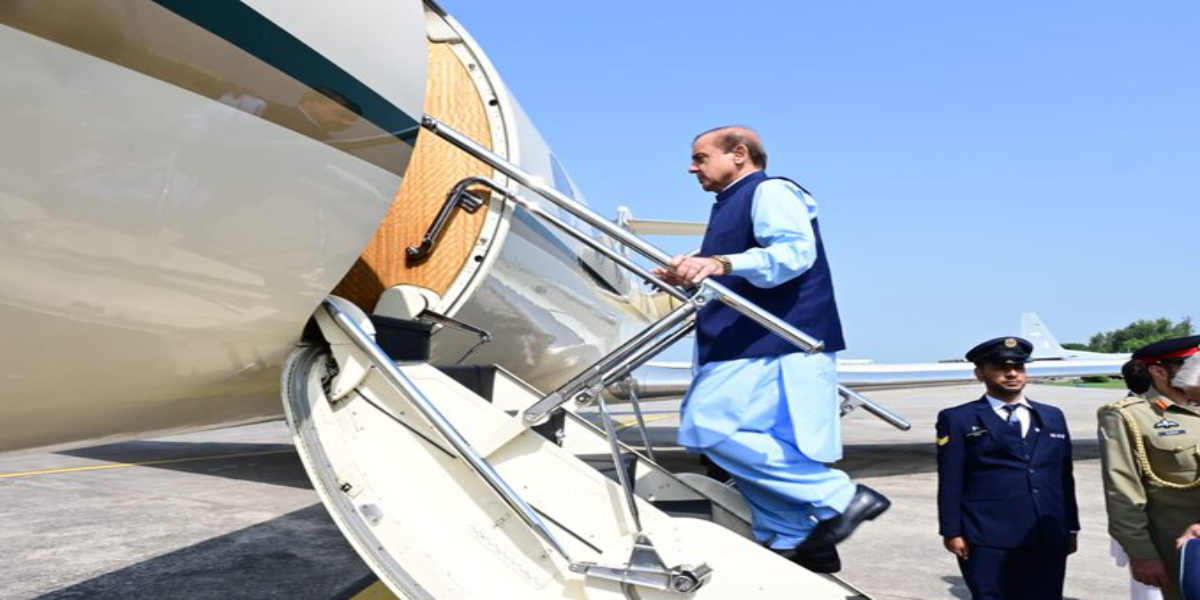 The 77th session of the United Nations General Assembly (UNGA) will hear a speech from PM Shehbaz Sharif on September 23 in New York.

The issue facing Pakistan in the aftermath of recent disastrous floods brought on by climate change will be the prime minister’s main topic of discussion in his speech to the UNGA, according to a statement from Foreign Office Spokesperson Asim Iftikhar.
PM Shehbaz will lay out specific recommendations for how we can all work together to combat the existential threat posed by climate change. He will also discuss Pakistan’s stance on important local, regional, and international concerns, such as Jammu and Kashmir, one of the long-running conflicts on the UN’s agenda.

PM Shehbaz will take part in the high-level discussion at the UNGA from September 19 to September 23, according to the FO spokeswoman.
Foreign Leader Bilawal Bhutto Zardari, several Cabinet members, and senior officials will accompany the prime minister.
The PM will take part in the Global Food Security Summit, which will be held concurrently with the UNGA session, and a closed-door leaders meeting on COP-27, which will bring together a select group of world leaders to discuss climate change. These events are both organised by the African Union, the European Union, and the United States.

The PM will have several bilateral meetings with leaders of international organizations, IFIs, and charitable organizations in addition to the president of the General Assembly, the UN secretary-general, and his colleagues from different nations.