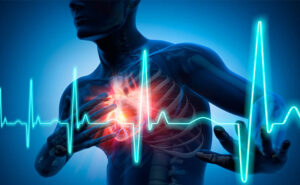 Head of Prime Minister of Pakistan’s Strategic Reforms Salman Sufi said on Sunday that Prime Minister Shehbaz Sharif has launched an initiative titled National Movement on CPR training.
Salman Sufi expressed his happiness at starting the national effort for CPR training that Prime Minister Shehbaz Sharif had proposed on Twitter.
He urged the audience to learn CPR and become a responsible citizen, saying that it had “saved countless lives around the world at regions where urgent medical care is limited.”
It is important to note that the goal of CPR is to resurrect a heart that has stopped beating, a condition known as cardiac arrest, which is often brought on by an electrical disruption in the heart muscle.
A heart attack can also cause the heart to stop beating, despite the fact that it is not the same thing because it happens when blood supply to the heart is partially or fully interrupted, frequently by a clot.
Regardless of the reason of cardiac arrest, it is crucial to restart the heart as soon as possible to get blood flowing to the brain and prevent long-term brain damage. Cardiac arrest frequently results in fatality or serious neurological damage.