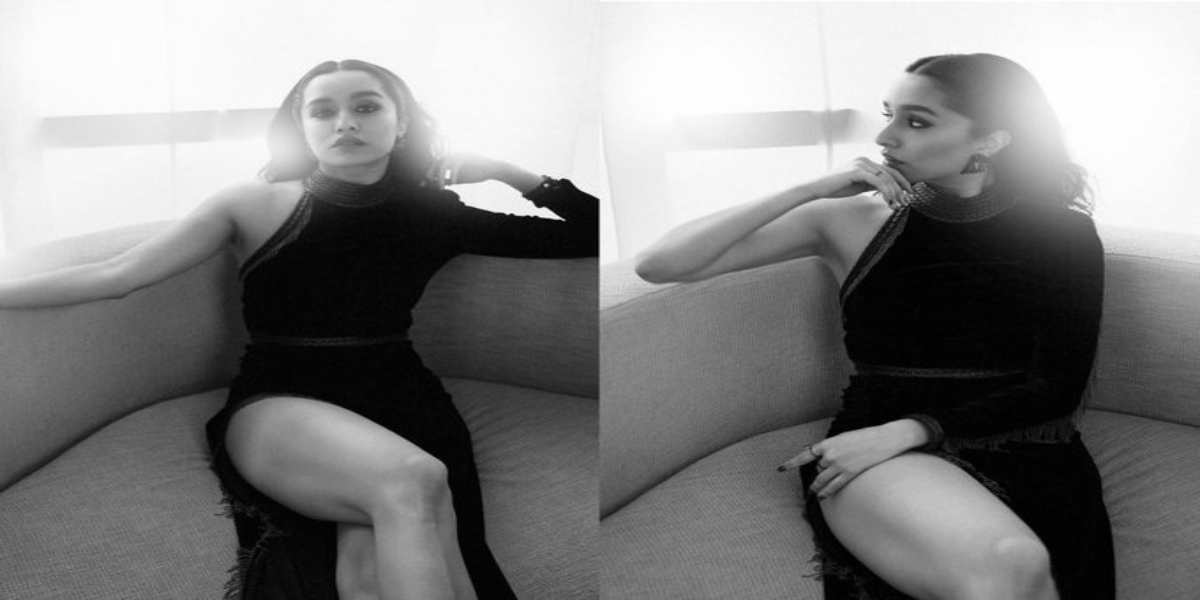 Shraddha Kapoor, the second most followed Indian actress behind Priyanka Chopra, lit up the internet after tweeting photos of herself dressed in black.

Shraddha Kapoor, a Bollywood actress, obviously knows how to set the internet on fire. The Stree actress, who is the second most followed Indian actress on Instagram after Priyanka Chopra, uses social media to keep her followers up to date on her life. She is well recognized for her roles in Haider, Baaghi, Saaho, and Ek Villian, to mention a few. She recently published images on Instagram of herself dressed in a gleaming black gown.

Shraddha posed in style and class on Friday, wearing a high-slit black gown with a matching pair of earrings. She captioned her picture with “Current Mood” and white and black hearts after sharing black and white photos of herself in this outfit.

Shraddha Kapoor will next be seen with Ranbir Kapoor in Luv Ranjan’s untitled project and Nikhil Dwivedi’s untitled trilogy film.

On July 30, it was reported that the sets of Luv Ranjan’s forthcoming untitled film, starring Ranbir and Shraddha, had caught fire. The film’s set was built at Chitrakoot Studios in Andheri West, Mumbai.

According to an ETimes source, “shooting gear and equipment kept on the ground have been burned down.” While a few crew members were hurt, there were no fatalities.” Only time will tell what the future holds for Luv Ranjan’s flick.