Number-three ranked Pakistan will take on number-eight ranked Bangladesh in Tri Series on 7 October and number-six ranked New Zealand on the following day.

Pakistan, as part of their ICC Men’s T20 World Cup Australia 2022 preparations, will participate in a T20I Tri-Series in Christchurch, New Zealand, from 7-14 October with Bangladesh as the third side. 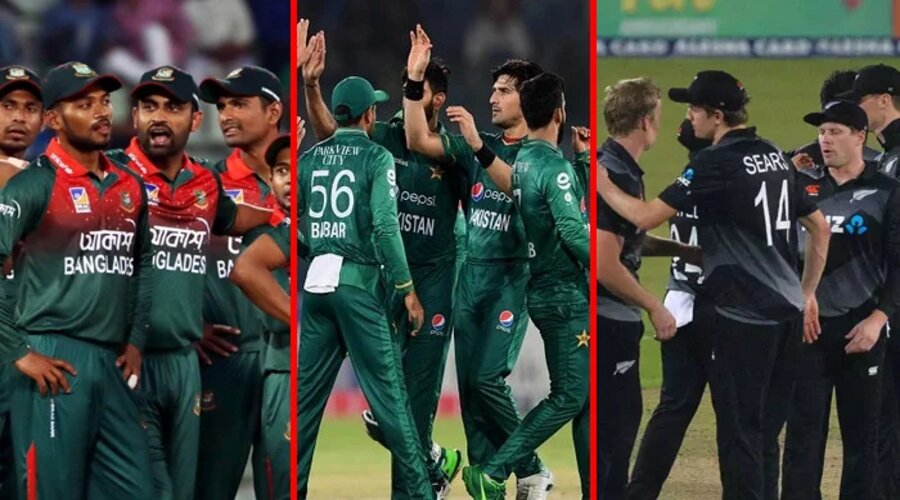 In the second round of Tri Series matches, Pakistan will play New Zealand and Bangladesh on 11 and 13 October, respectively with the final scheduled for Friday, 14 October.

In the T20 World Cup, Pakistan will begin against India in Melbourne on 23 October. They will then play the two qualifiers on 27 and 30 October in Perth, before taking on South Africa on 3 November in Sydney and Bangladesh on 6 November in Adelaide.

Pakistan captain Babar Azam: “I am pleased that we will be featuring in the Tri-Series in New Zealand as it will help us to arrive early in T20 World Cup in Australia but also give final touches to our preparations.

Pakistan will depart for Christchurch on 4 October after completing their seven-match T20I series against England on 2 October. Prior to the England series, Pakistan will take part in the ACC T20 Asia Cup, which is schedule in Colombo, Sri Lanka, from 27 August to 11 September.