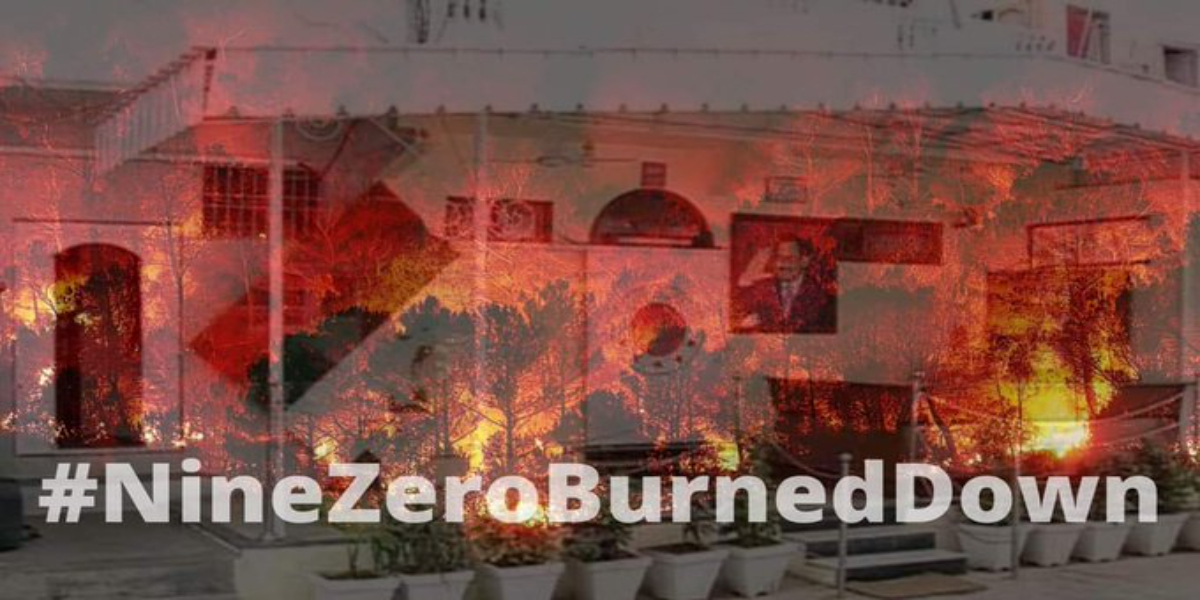 KARACHI: Dr Farooq Sattar, the head of the Muttahida Qaumi Movement’s (MQM) Bahali Committee, has stated that the fire event at the MQM’s secret headquarters Nine Zero was nothing short of a mystery. infosette News reported on Friday.

Authorities have determined what caused the fire at MQM’s sealed headquarters in Karachi’s Azizabad neighbourhood late Thursday night. According to the preliminary investigation, the cause of the fire was a short circuit at the Nine Zero.

According to sources, the authorities decided to perform an expert inspection of the Nine Zero building. They further stated that if the structure is deemed hazardous by construction professionals, it will be completely dismantled.

MQM Bahali Committee chief Dr Farooq Sattar expressed concerns about the Nine Zero fire and stated that the building’s gas and electrical lines had been severed for nearly four years. He stated that the fire incident was a mystery to everyone.

Sattar urged that an investigation be conducted to uncover the facts.

According to fire officials, the facility had been shuttered for a long time, and a Rangers personnel was also hurt in the blaze.

The inferno that ignited in the structure was extinguished, according to the Rangers Sindh spokeswoman, and the cooling process was resumed.