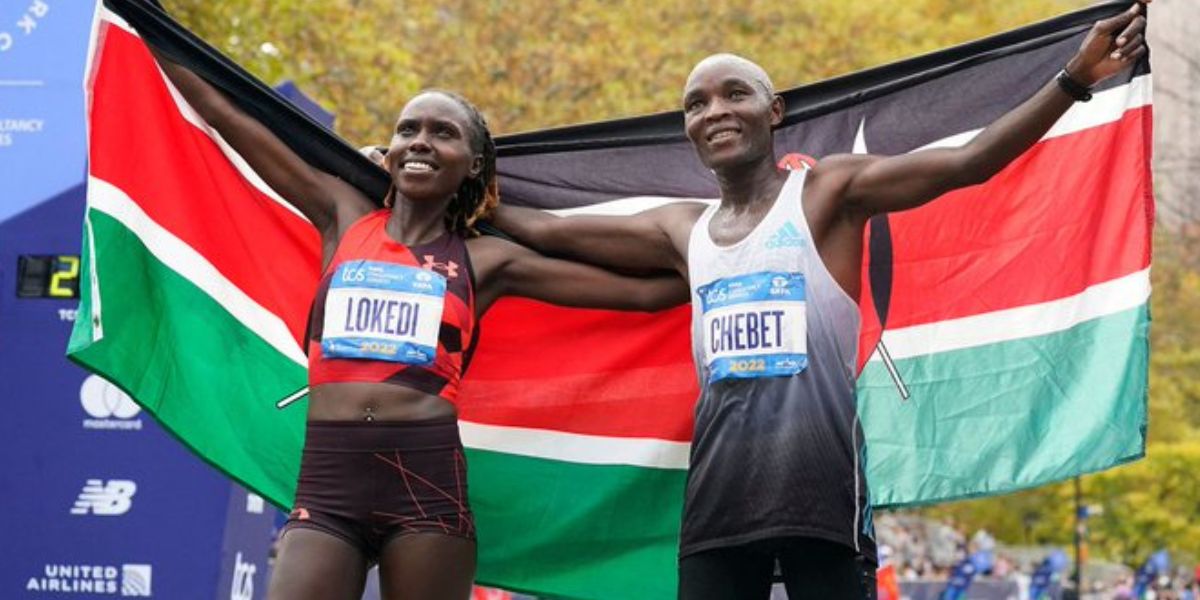 Daniel Do Nascimento, who had been leading the men’s race for the entire distance, collapsed 21 miles in. Chebet finished in 2 hours, 8 minutes, and 41 seconds, finishing 13 seconds ahead of Ethiopia’s Shura Kitata.

Do Nascimento got off to a quick start on an unusually warm day and led by nearly two minutes for the majority of the race.

The Brazilian collapsed at Mile 21, just before returning to Manhattan, and was treated by medical personnel. He had taken a quick 20-second bathroom break a few miles earlier.

Chebet, 33, broke away from the pack chasing Do Nascimento as they crossed the Brooklyn Bridge for the first time. Chebet took the lead after Do Nascimento fell, and he was never threatened the rest of the way. Chebet took first place in the Boston Marathon earlier this year.

Lokedi completed her first marathon in 2 hours, 23 minutes, and 23 seconds, finishing just ahead of Israel’s Lonah Chemtai Salpeter. Lokedi, 28, was in a close race until the final two miles, when she pulled ahead of Chemtai Salpeter to win by seven seconds and finish about 50 seconds off the course record.

The men’s and women’s wheelchair races had ended an hour earlier, with course records broken.

The men’s wheelchair race was won for the fifth time by Marcel Hug of Switzerland, tying Kurt Fearnley for the most victories in that event. Hug completed the 26.2-mile course that passes through all five boroughs of New York in 1 hour, 25 minutes, and 26 seconds, breaking Fearnley’s 2006 record of 1:29.22.

Hug, who also won the race the year before, received $50,000 for breaking the course record. He finished nearly 2 minutes ahead of second-place finisher Daniel Romanchuk of Illinois.

In the women’s wheelchair race, Susannah Scaroni set a new course record with a time of 1:42.43. That was 21 seconds faster than Tatyana McFadden’s previous best.

Scaroni, a 31-year-old from Illinois, broke away from the field early and also took home the bonus money for breaking the course record. She won by 2 1/2 minutes over runner-up Manuela Schar of Switzerland, and last year’s winner, Madison de Rozario of Australia, finished third.

Scaroni won the Chicago Marathon last month and won the New York Marathon for the first time after finishing third in 2019.

Hug, 36, is known as “The Silver Bullet” after winning four gold medals at the Tokyo Paralympics last year, as well as the Tokyo, Berlin, London, and Chicago Marathons in 2022.

It was an unusually warm day, with temperatures expected to reach the 70s and possibly break the record for the hottest marathon since it was moved to November in 1986.

The marathon was back to full capacity for the first time since the pandemic.

READ MORE : How to Watch the New York City Marathon in 2022