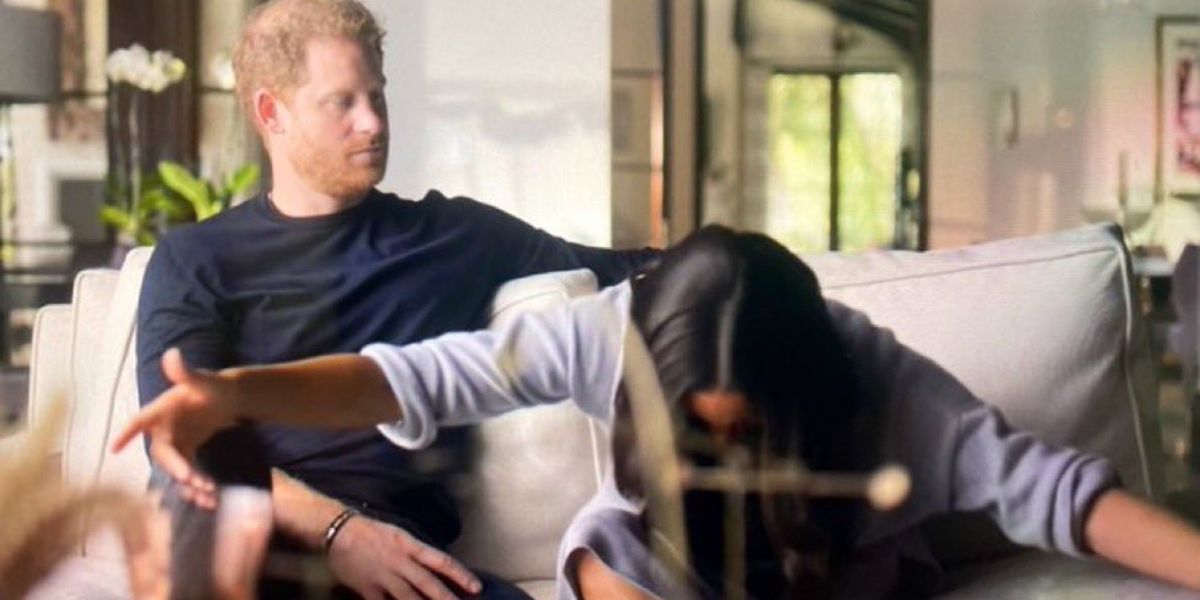 An expert recently examined Meghan Markle’s body language while recalling her meeting with the Queen in a Netflix docu-series.

Analyst Spidey stated on The Behavioral Arts YouTube channel that Meghan’s body language indicates that she has previously told the story to her American friends.

He observed the Duchess of Sussex making a “stop gesture with her hand,” as if to say, “This isn’t for the English, this joke is only for Americans.”

“And then she proceeds to mock something that is traditionally something that the British do – curtsy, bowing. “This is a sign of respect,” he explained.

“She’s told this joke to her American friends before this way, and it hit, it landed well,” he explained. “That’s why she’s so confident in presenting it and saying, ‘This is for the Americans.'”

“To me, it just feels a little disrespectful to mock this tradition that’s so important… to your husband’s family,” he continued.

“At first he’s not smiling and you can’t really see the left side of his face, but you can almost feel that that left side [has a] contemptuous look,” Spidey said of Prince Harry’s reaction to Meghan’s story.

“You kind of feel it in the way he’s looking at her,” the expert explained.