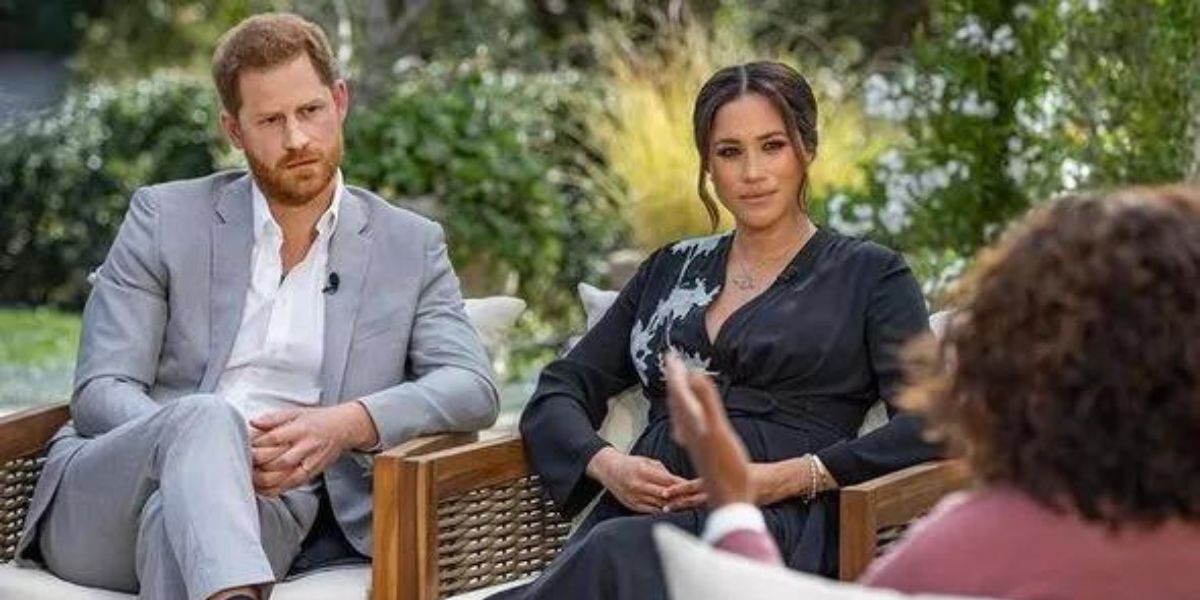 During the interview, Prince Harry and Meghan Markle took several jabs at the Royal Family. On Sky News Australia, royal expert Angela Levin noted, nearly two years later, how many lies the couple told during the televised interview. Ms Levin claimed the couple agreed to “over 30 lies in that interview” to commemorate one year since their departure from the Royal Family’s working rooster.

“Meghan told Oprah Winfrey that there were long several conversations when Harry came later because Meghan, of course, occupied it with 45 minutes and Harry came on the last bit,” she added.

“It’s nonsense, a non-starter, but that’s what it is, this award for heroism is for nothing, it’s for the Oprah interview, which has no proof.”

“Another thing they complain about is not understanding mental health,” she adds.

“Well, since Harry and William and Catherine had a platform about mental health, I don’t believe that’s right,” Ms Levin said.

Ms Levin said after Meghan opened up about her own mental health struggles in the interview: “I’m not saying she wasn’t depressed, but it wasn’t the Palace’s fault.

“It infuriates me, I can’t tell you how much. They have their fame and fortune because of the Royal Family, and it’s in the hundreds of millions, isn’t it?

“It’s just too heinous for words how they act like spoilt teenagers.”

In the Oprah interview, Meghan claimed that discussions and questions about the skin colour of her then-unborn son had taken place.

The couple did not name the alleged Royal Family member who made the comments, though Harry stated that it was not the late Queen or Prince Philip.

Meghan and Harry had been in the United States for a year prior to the interview, following their royal departure in early 2020.

In January 2020, the couple announced their decision to step down as senior working royals, citing “many months of reflection and internal discussions.”

The couple then relocated to the United States with their son Archie before welcoming their second child, Lilibet, in June 2021.

Since then, the pair has made additional comments about their experiences in the Royal Family, which has fueled further division within the family.

The Duke and Duchess of Sussex returned to the United Kingdom in September and stayed for three weeks after the late Queen’s death, sparking hope of reunification after they appeared alongside the Prince and Princess of Wales to greet mourners.

However, with Prince Harry’s memoir due out in January and the couple’s new Netflix docuseries due out in a few weeks, experts warn that peace is unlikely to be reached in the near future.