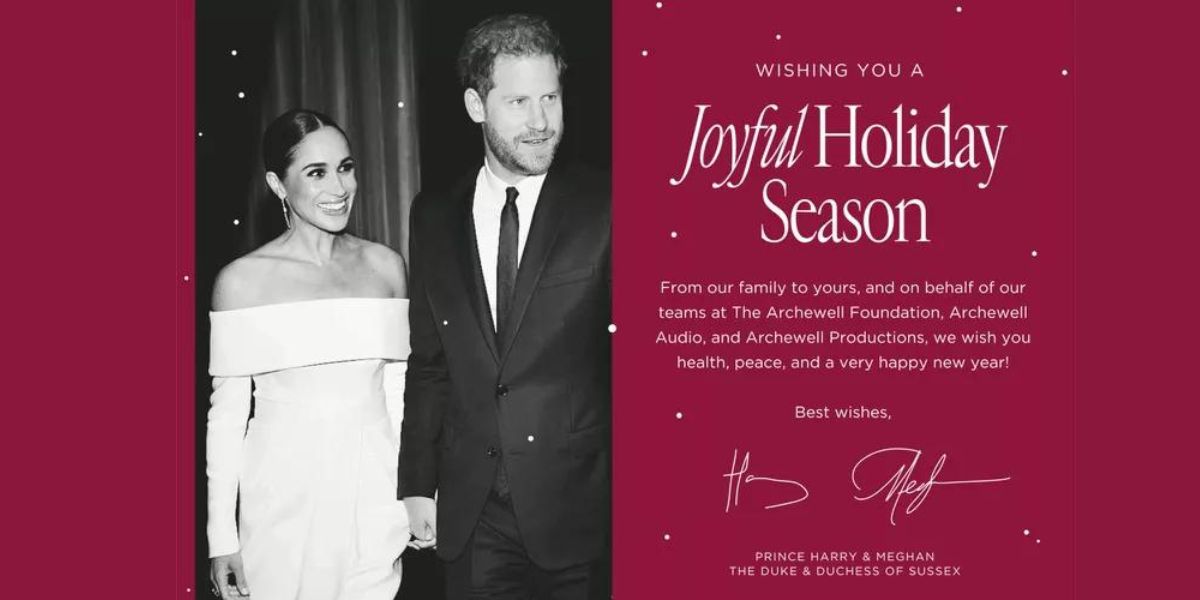 The Duke and Duchess of Sussex have released their holiday card for 2022, which features a black-and-white photo of the couple from the recent Robert F. Kennedy Ripple of Hope Award Gala in New York City.

“Wishing you a joyous holiday season,” said the card. “We wish you health, peace, and a very happy new year from our family to yours, and on behalf of our teams at The Archewell Foundation, Archewell Audio, and Archewell Productions.”

“Best wishes,” it was signed, with both of their signatures. “Prince Harry and Meghan, the Duke and Duchess of Sussex,” it says beneath.

Meghan and Prince Harry used their holiday card last year to reveal the first public image of Lilibet Diana, who was born in June 2021. The photo, taken at the couple’s home in Santa Barbara, California, by Alexi Lubomirski (their wedding photographer! ), showed Harry holding son Archie Harrison while Meghan lifted Lili into the air.

The card’s message read, “We welcomed our daughter, Lilibet, into the world in 2021. Archie created a ‘Mama’ and a ‘Papa,’ and Lili created a family. We have made donations on your behalf to several organisations that honour and protect families, from those being relocated from Afghanistan to American families in need of paid parental leave, as we look forward to 2022.” The distribution of holiday cards has become a family tradition. In 2020, their card featured an illustration of Archie and their two dogs, Pula and Guy, taken by Meghan’s mother, Doria Ragland. Meghan and Harry sent their first Christmas card as a family of three the year before. They were spending the holidays on Canada’s Vancouver Island at the time.

The newlyweds released their first Christmas card as a couple in 2018, featuring a photo from their royal wedding reception at Frogmore House.

This year’s card arrives just one day after the release of the second volume of the couple’s Netflix docuseries Harry & Meghan.