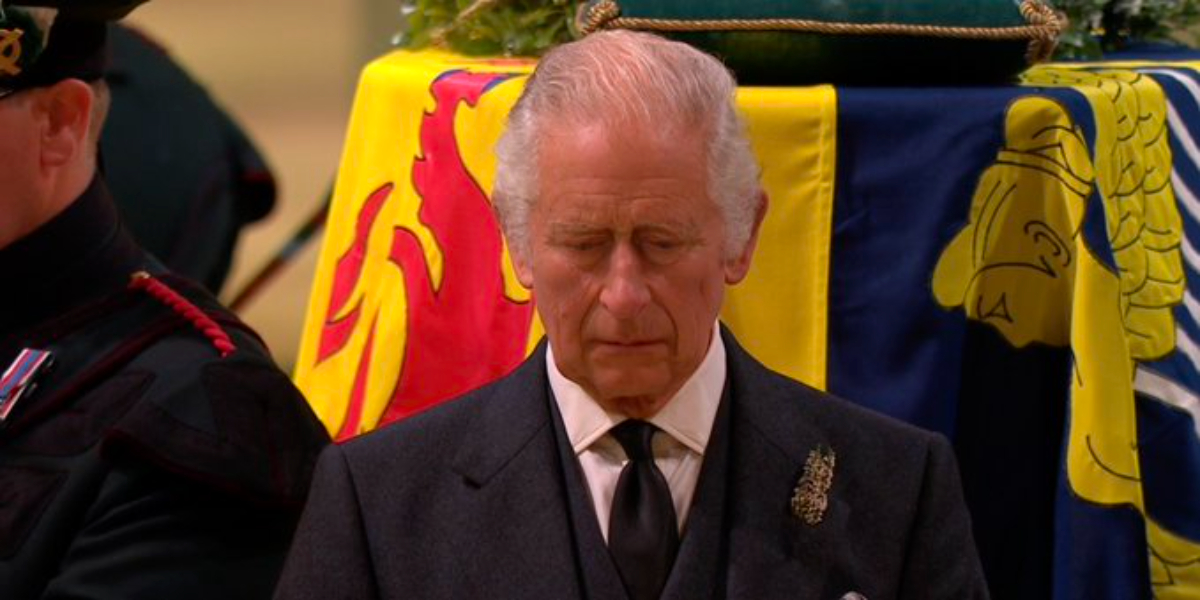 Prince Harry remarked, “And as it comes to first meetings, we now honor my father in his new role as King Charles III,” in their first public statement after Queen Elizabeth’s passing.

Before this, in his first speech as king, King Charles had made a big gesture toward his son and daughter-in-law, Harry and Meghan, whose relationships with the rest of the family have been difficult.
In a solemn broadcast message, Charles added, “I want to also express my love for Harry and Meghan as they continue to build their lives overseas.”
At Queen’s tributes, Meghan and Harry reconnected with Prince William and Kate Middleton for a walkabout.

Read More Here : Meghan Markle and Kate ignore one another at the Queen’s tributes