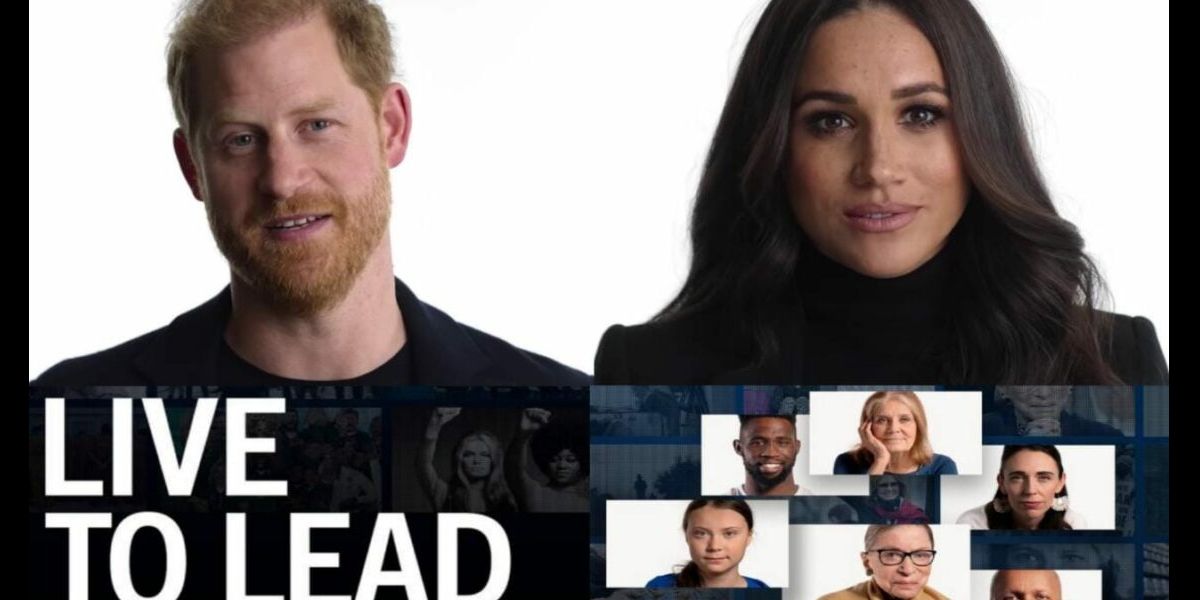 Meghan Markle and Prince Harry’s new Netflix project will be available this month.

The Duke and Duchess of Sussex were named executive producers of Live to Lead, a documentary series set to premiere on December 31.

Live to Lead, which will feature the work of Ruth Bader Ginsburg, Greta Thunberg, Gloria Steinem, and others, will premiere on December 31, just weeks after the couple’s docuseries premiered on Netflix.

“This was inspired by Nelson Mandela, who once said, ‘What counts in life is not the mere fact that we have lived,'” says Prince Harry in the trailer.

“What difference we have made in the lives of others will determine the significance of the life we lead,” Meghan continues.

“It’s about people who made courageous decisions,” Prince Harry says in the trailer.

“To fight for change and become leaders,” Meghan adds.

“And giving inspiration to the rest of us,” says Harry. “To live, to lead.”

The announcement comes just days after Harry & Meghan, the couple’s docuseries, debuted on Netflix, becoming the streaming service’s biggest documentary debut ever with 81.55 million viewing hours. The couple discussed their love story as well as their time as working members of the royal family — and why they decided to leave their royal roles to start a new life in California.

In September 2020, Meghan, 41, and Harry, 38, signed a multi-year deal with Netflix. The New York Times reported at the time that the couple’s production company, later renamed Archewell Productions, would create documentaries, docuseries, feature films, scripted shows, and children’s programming exclusively for the platform. The Invictus Games Foundation announced in April 2021 that a Netflix docuseries about the epic event was in the works with Archewell Productions. The project’s working title, Heart of Invictus, would follow the athletes of the competition. The film’s directors have been announced as Oscar-winning British director Orlando von Einsiedel and producer Joanna Natasegara.

This spring, cameras followed Meghan and Prince Harry to the Invictus Games in The Hague.