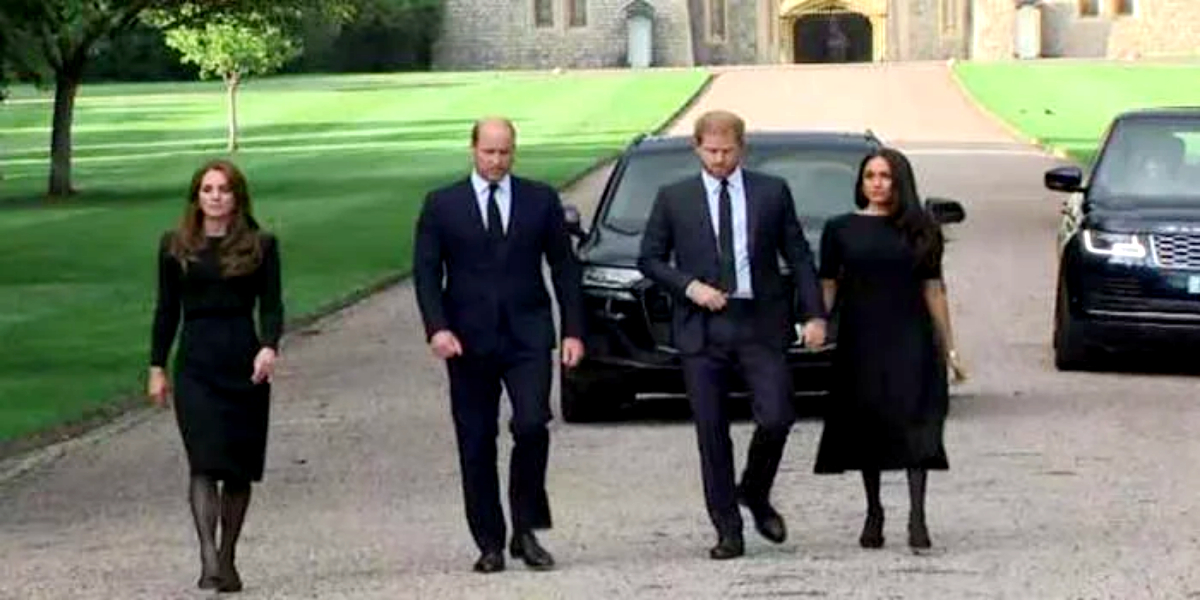 According to reports, Prince William and Kate Middleton were allowed to observe the Queen’s tributes together with his brother and Meghan Markle.

Apparently barely recognising one another the entire time, future monarch Kate Middleton and Meghan Markle demonstrated their distance from one another.

When they arrived, it appeared like the two were getting out of the car on the same side, but the Princess of Wales quickly moved to the other side without waiting for Meghan to follow.

Some accounts claim that throughout their hour-long engagement, Meghan and Kate didn’t say a word to one another.