Infosette (News) The second phase of local body elections in Karachi, scheduled for Sunday, July 24, has been postponed and will now take place on August 18, according to a spokesperson for the Election Commission of Pakistan (ECP) on Wednesday.

According to earlier reports from officials with knowledge of the situation who spoke to infosette News under the condition of anonymity, the ECP decided to postpone the second round of local body elections following requests from the MQM-P, GDA, chief secretary Sindh, and provincial election commissioner. This decision was made in a meeting presided over by Chief Election Commissioner Sikander Sultan Raja.

Later, a press release from the ECP revealed that CEC Raja had presided over a meeting when the group discussed the various requests for the postponement of the NA-245 by-election and the second round of local body elections that it had received. Elections following Muharram were requested in the applications.

The Met Office and provincial election commissioner’s findings were also discussed at the meeting. In its report, the Met Office had advised the ECP of its rain forecast. 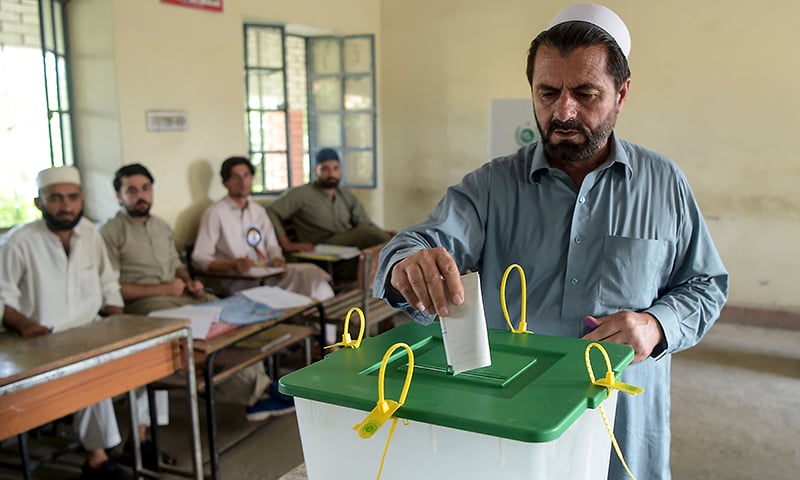 On the other hand, the provincial election commissioner had asked the ECP to postpone the elections in his report because he was concerned about low voter turnout and that the rains would impact the ability of the electoral organizations to conduct the elections.

The spokesperson explained the rationale behind the postponement by stating that “this decision has been made based on the report presented by provincial election commissioner Sindh, demands from people, and report submitted by the Met Office.”

The NA-245 by-elections, which were scheduled to take place on July 27, were also postponed, according to the ECP, for identical reasons. Now, August 21 will be the date of the by-elections.

On July 24, elections for local governments were scheduled to be held in the 16 districts of the Karachi and Hyderabad division.