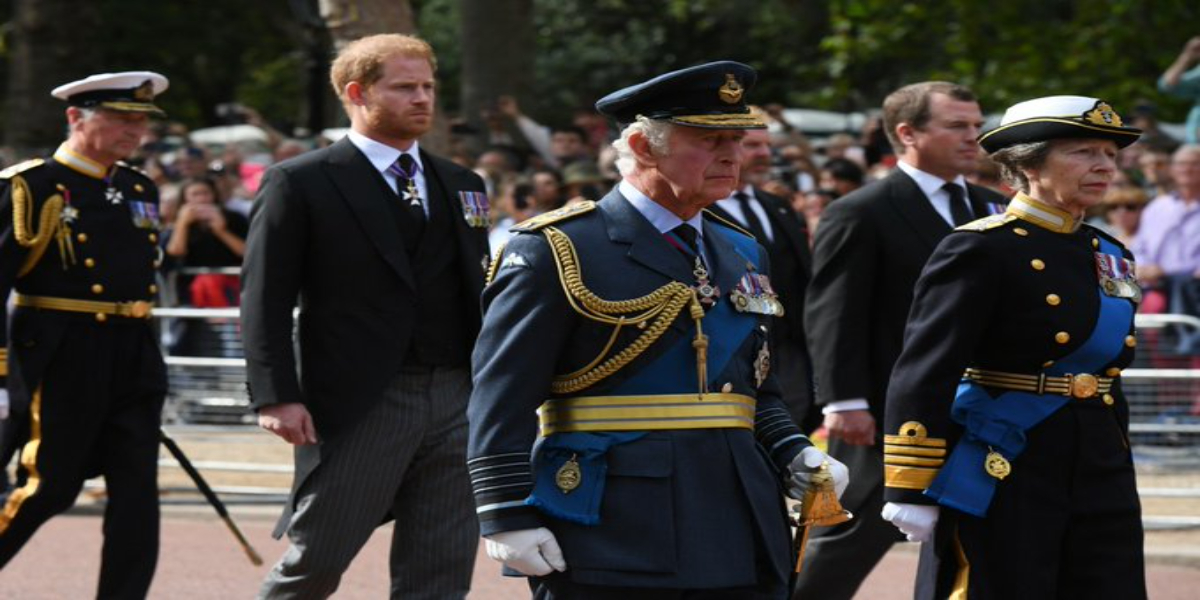 Prince Harry, Duke of Sussex, is a non-working royal, yet King Charles has honoured him with the most recent action.

After previously being prohibited from doing so, a Kensington Palace spokeswoman has confirmed that Prince Harry will don a military uniform for Queen Elizabeth’s vigil.

The Prince of Wales will stand at the Head and the Duke of Sussex at the Foot, the official stated. They will both be dressed in uniform at the King’s request.

Unlike other senior British royals, Harry and his uncle Prince Andrew were initially prohibited from attending Queen Elizabeth II’s funeral in uniform.

In light of the continued consequences from the assault controversy, Andrew had his “His Royal Highness” and honorary military titles revoked at the beginning of the year.

While moving to California with his family, Prince Harry retired as the senior working royal.

Harry, a former British Army captain who served in Afghanistan, is now a private.

Since Andrew, who commanded Royal Navy helicopters during the 1982 Falklands War with Argentina, he was the latest senior royal to serve in a front-line position in a battle zone.