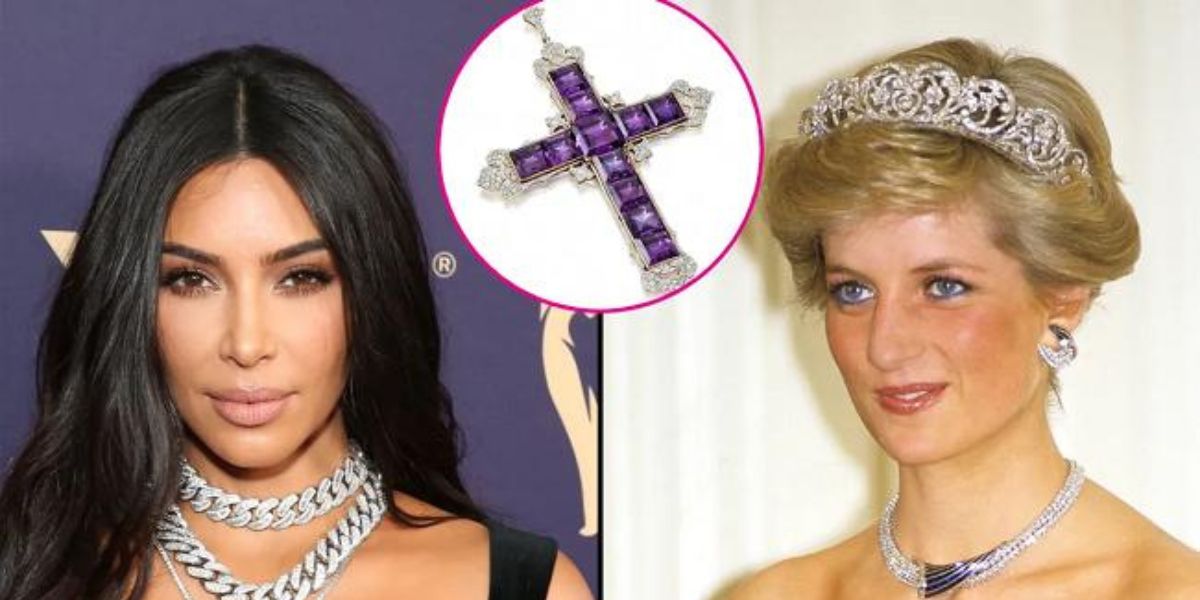 Diana famously wore the pendant to a 1987 charity gala, and Sotheby’s confirmed that a representative of Kardashian purchased it. The pendant sold for more than twice the pre-auction minimum estimate.

Before the auction, Sotheby’s Kristian Spofforth said, “Jewelry owned or worn by the late Princess Diana very rarely comes on to the market, especially a piece like the Attallah Cross, which is so colorful, bold, and distinctive.”

In some ways, this unusual pendant represents the princess’s increasing self-assurance in her jewelry and clothing choices at that specific time in her life.

The pendant won’t be Kardashian’s first encounter with a piece of fashion history.

The 42-year-old garnered media attention last year when she showed up to the Met Gala wearing the exact gown that Marilyn Monroe wore when she sang for then-president John F. Kennedy on his birthday in 1962.

The Los Angeles-based museum Ripley’s Believe It or Not!, which owns the item, initially denied the allegations that Kardashian had harmed the screen legend’s gown.