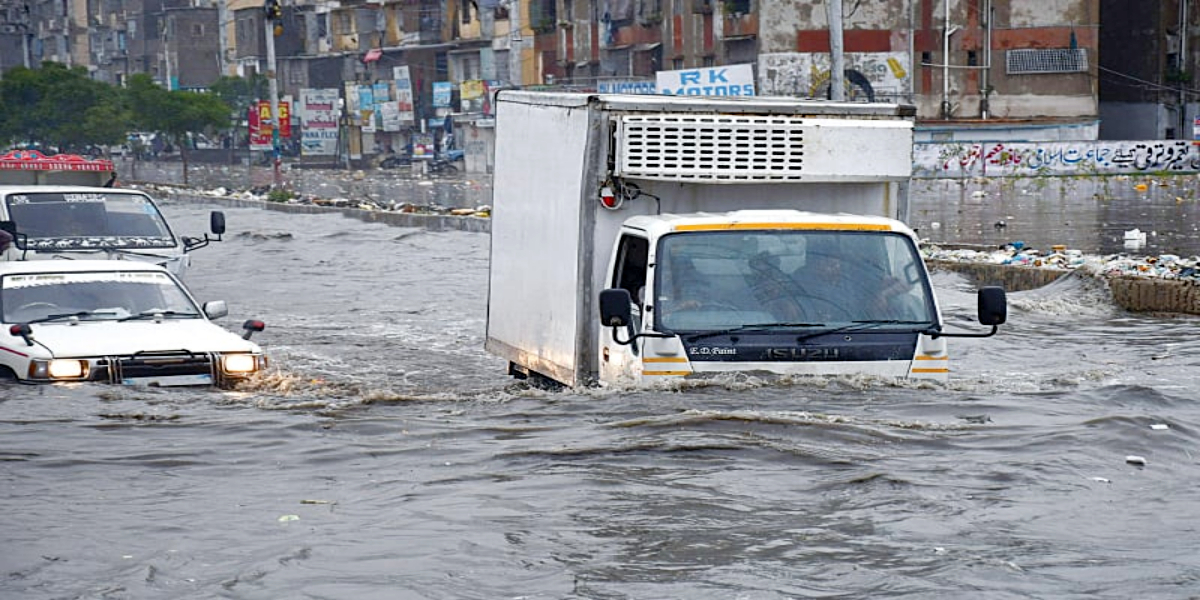 Karachi Weather Update PMD predicts rain-thunderstorms with a few moderate to heavy falls in Karachi between August 24 and 25.

(Infosette News) KARACHI: A fresh monsoon is forecast to bring rain to the city on August 24 and 25, according to chief meteorologist Sardar Sarfaraz.

According to the weatherman, a potent low-pressure region over central India is forecast to move toward Sindh today and might bring back moderate to heavy rain and thunderstorms for the majority of Sindh’s districts between August 23 and 25.

During the 24–25th of August, he added, “Rain-thunderstorm with a few moderate/heavy falls is also likely in Karachi.”

It further stated that the wet spell would affect Balochistan’s northeastern and southern districts from August 23 to 26.

This could result in flash flooding in the districts of Dadu, Jamshoro, Kambar Shahdadkot, and downstream.

The Hub Dam, Thaddo Dam, and downstream nullahs may come under further pressure as a result of the ongoing heavy rainfall across Balochistan’s Khuzdar, Lasbella, and Hub districts as well as the Kirthar Range, according to the Met Office.