Jacqueline Fernandez It was fun to make this commercial, and I’m sure Indian consumers will find the new Pepsi Black without sugar to be just as enticing as I did. 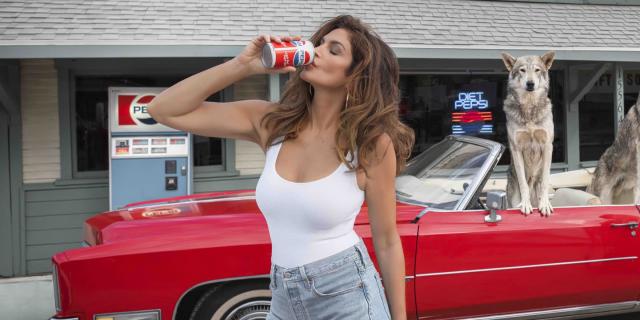 Two young boys are seen filling their gas tanks at the isolated, vintage gas station in the film. A young woman on a bicycle soon stops at the gas station. Jacqueline Fernandez, dressed in cut-off jean shorts and a white tank top, is seen riding her bike after she parks it and removes her helmet. In the film, Jacqueline gulps down a can of Pepsi® Black on. The boys are shown to be in awe, and the film leaves you wondering whether they are captivated by Jacqueline or the new Pepsi Black can before revealing naively that the boys were captivated by the new Pepsi Black the entire time.

The entertaining film concludes by reiterating the new Pepsi Black’s promise: maximum taste with no sugar.

We are all set to launch the new Pepsi Black that brings maximum taste without sugar because more and more people are looking for sugar-free alternatives, especially in the wake of the pandemic, and because we want to give our customers more positive options.

It was wonderful to collaborate with the gorgeous Jacqueline Fernandez once more; she was the perfect choice for our plan to update the iconic Cindy Crawford advertisement. We are hopeful that this campaign will succeed with our audiences and make waves locally as it did internationally, she added.

I have always liked the well-known Pepsi commercial and have always looked forward to working with the brand, Jacqueline said of the new film. For the current SWAG generation, it has been incredibly meaningful for me to recreate the vintage Cindy Crawford advertisement. It was fun to make this commercial, and I’m sure Indian consumers will find the new Pepsi Black without sugar to be just as enticing as I did.

The TVC will be promoted using a 360-degree campaign that includes TV, digital, outdoor, and social media.