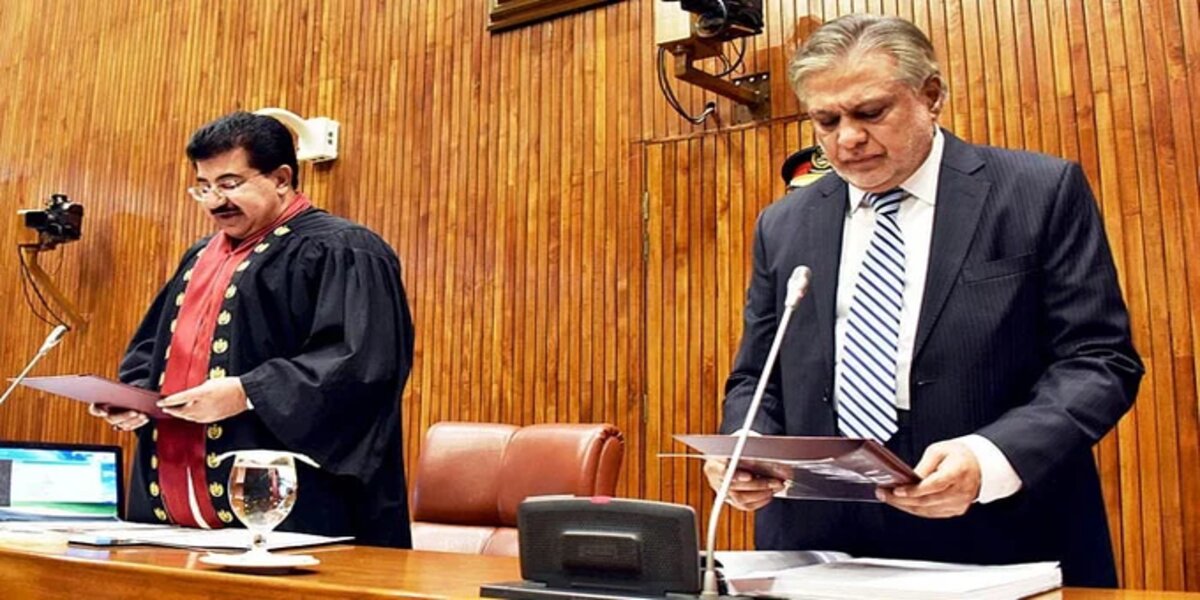 Pakistan, Islamabad – Ishaq Dar, Pakistan’s new finance minister, took his oath a day after being sworn in as a member of the country’s parliament

Dar, a chartered accountant by profession, was appointed after his predecessor, Miftah Ismail, resigned. President Arif Ali administered the oath of office to the veteran politician during a brief ceremony in Islamabad on Wednesday.

Dar, aged 72, has been assigned the portfolio for the fourth time. It also comes at a time when Pakistan is still recovering from devastating floods that killed over 1,600 people and destroyed homes, crops, roads, and rail networks.

Dar outlined his priorities in remarks following the oath. “We will keep inflation under control. “We will reduce interest rates,” he told reporters.

Dar, a chartered accountant by profession, was appointed following the resignation of his predecessor, Miftah Ismail, Pakistan’s fifth finance minister in less than four years.

Ismail secured a $1.17 billion bailout package from the International Monetary Fund (IMF) during his six-month tenure as finance minister as Pakistan battled an economic crisis.

After five years of self-imposed exile in London due to accusations of corruption against him, Dar arrived back in Pakistan on Monday.

I’ll do everything I can to rescue Pakistan from the economic spiral it’s locked in. I believe we are moving in the right direction,” he told reporters on Monday night.

But because of Dar’s selection, the opposition has criticised the government.

Dar has been referred to as Pakistan’s “greatest conman” by Imran Khan, the former prime minister and leader of the Pakistan Tehreek-e-Insaf (PTI) party, who was speaking at a gathering in Lahore on Monday.

Deals are struck with crooks. NROs are given to them (amnesty against corruption). That is why stealing continues, the nation does not advance, and money laundering continues, Khan remarked in a speech to students at a Lahore university.

The following day, Khan said that a “absconder” had been given control of Pakistan’s treasury in his address in Peshawar.

The National Accountability Bureau (NAB) of Pakistan initiated a case against Dar in 2017 for possessing assets over and above his known sources of income. Dar avoided the NAB court proceedings and later that year, due to sickness, travelled to London, where he has been residing for the past five years.

After repeatedly failing to appear in court, Dar was subsequently labelled an absconder and his assets were seized.

Dar’s attorney assured the NAB court last week that his client would show up for the sessions, therefore the order for his arrest was stayed until October 7.

The decision by the government to permit Dar to return from his self-imposed exile in London, according to PTI leader Taimur Jhagra, is “shocking.”

“Dar left the country to avoid accountability under the guise of health issues, and has been missing for five years.” And yet, one fine day, the cases become irrelevant, his health miraculously improves, and he returns to the country to become the minister. It’s as if the clock stopped.”