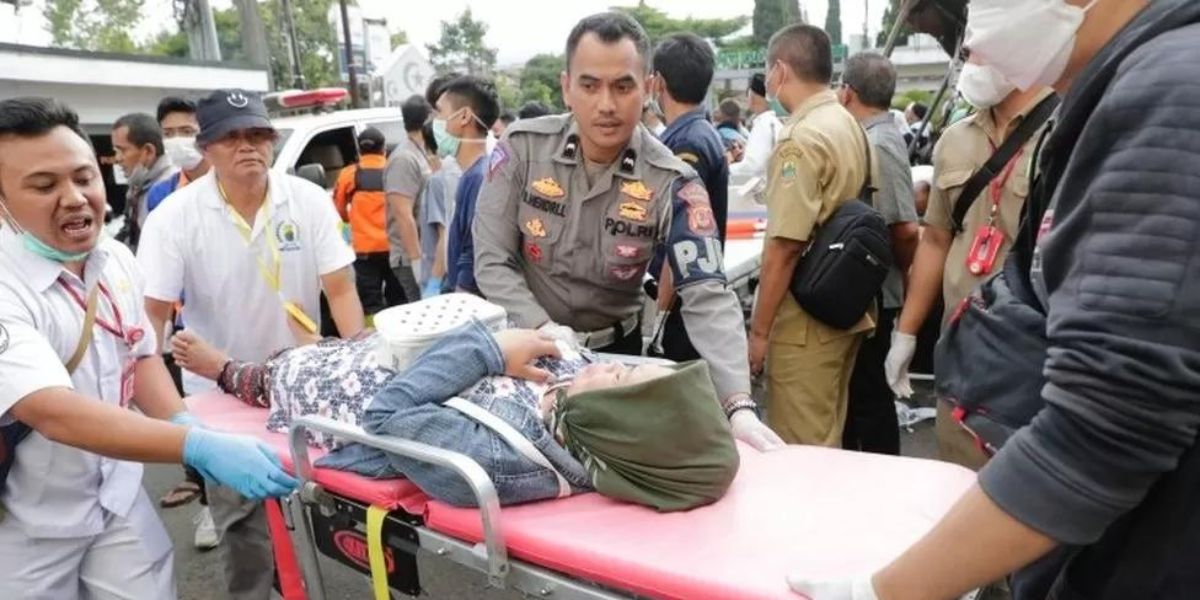 According to local officials, an earthquake struck the main Indonesian island of Java, killing at least 56 people and injuring hundreds more.

US Geological Survey data show that the 5.6-magnitude earthquake that struck Cianjur town in West Java occurred at a shallow depth of 10 km (six miles).

Social media videos displayed some buildings that were almost entirely reduced to rubble and debris scattered across streets.

Officials are warning of potential aftershocks and say the death toll may rise.

The quake’s epicentre is densely populated and prone to landslides, with poorly constructed houses. Rescuers have been attempting to evacuate people from collapsed buildings and have reportedly saved a woman and her baby.

According to Herman Suherman, the head of administration in Cianjur town, 56 people died and over 700 were injured.

He predicted that the number of injuries and fatalities would rise because “a lot of people” are still trapped at the scene, with one area blocked by a landslide.

Earlier, AFP reported that the majority of injuries were bone fractures sustained by people trapped in buildings by debris.

“The ambulances continue to arrive from the villages,” he said. “Many families remain in villages that have not been evacuated.”

He stated that more health workers were required to deal with the large number of patients, and that electricity was out in the area, preventing doctors at the main hospital from operating on patients. The National Disaster Mitigation Agency said in a statement that dozens of buildings had been damaged in the Cianjur region. There is a hospital and an Islamic boarding school among them.

The tremor was also felt about 100 kilometres away in Jakarta, where people in high-rise buildings were evacuated.

During the tremor, which began at 13:21 Western Indonesian time (WIT) on Monday, office workers rushed out of buildings in the civic and business districts, according to the agency.

“I was working when the floor beneath me began to shake. I could clearly feel the tremor. I tried nothing to process what it was, but it grew stronger and lasted for a while “Mayadita Waluyo, a lawyer, told AFP.

“We are used to this [earthquakes] in Jakarta,” an office worker named Ahmad Ridwan told Reuters. “But people were so nervous right now, so we also panicked.”

Indonesia is located on the Pacific Ocean’s “Ring of Fire,” which causes frequent earthquakes and volcanic activity. It is one of the world’s most seismically active zones, stretching from Japan and Indonesia on one side of the Pacific to California and South America on the other.

In 2004, a 9.1 magnitude earthquake off the coast of Sumatra island in northern Indonesia triggered a tsunami that killed 226,000 people along the Indian Ocean coastline, with more than half of them in Indonesia.