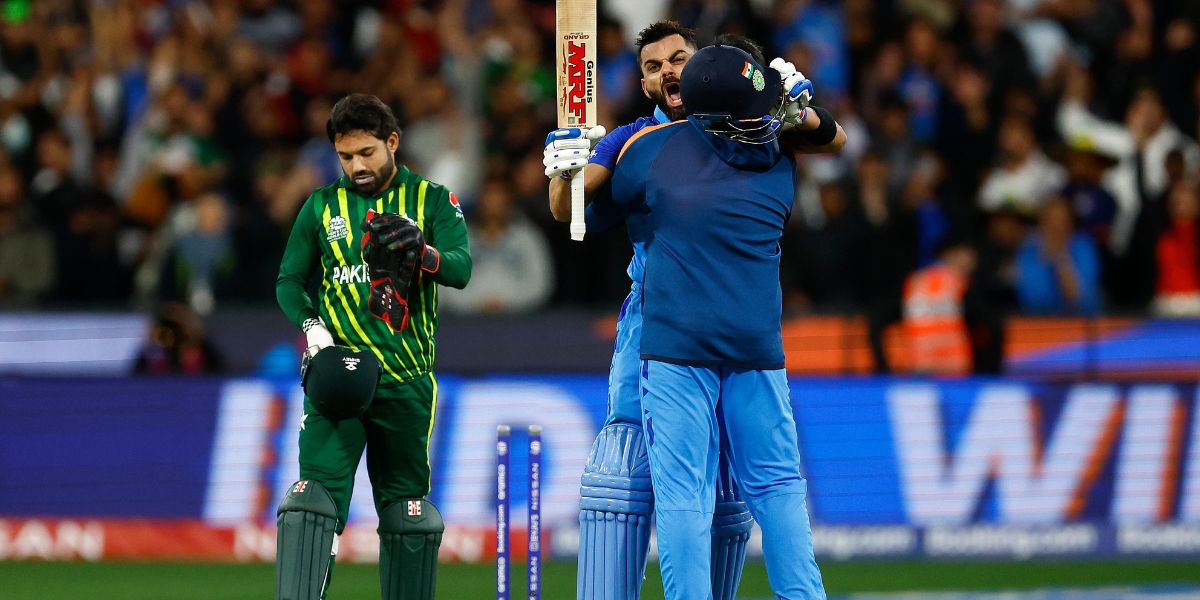 India suffered four wicket losses early in their chase of 160. However, when Kohli and Pandya stepped in, they aided the team’s recovery while also increasing the pressure on the bowlers.

Despite the fact that they jointly controlled the game, India suffered a setback after Panday’s dismissal, and the match entered a tense period in the last over.

India needed 16 runs when Mohammad Nawaz bowled Pandya in the final over. Despite the fact that Dinesh Karthik was sent back to the pavilion, the Men in Blue’s determination to win remained unwavering, despite what appeared to be Pakistan’s advantage thanks to Nawaz’s no-ball and Kohli’s six.

After 20 overs, India had 160 for the loss of eight wickets. Kohli received the Man of the Match award.

Mohammad Nawaz and Haris Rauf both took two wickets for Pakistan, but Naseem Shah only took one. Prior to that, Shan Masood (52) and Iftikhar Ahmed (51) contributed to Pakistan’s 159-run victory over India (51).

India took control of the game early on by preventing the Men in Green from scoring and dismissing the dangerous Pakistani opening pair in less than five overs.

Arshdeep Singh bowled a full, straight, and pinned lbw in the first ball of the second over to dismiss Babar (0). Singh, who struggled against Pakistan in the Asia Cup, managed to dismiss Rizwan in the fourth over (4).

Masood and Ahmed, on the other hand, arrived and stabilized the innings at a time when the Men in Green were struggling.

“It was a tight game, but we started bowling well,” said Pakistan captain Babar Azam. Our bowlers performed admirably, and credit goes to Kohli for finishing the game and shifting the momentum.

“It’s not easy with the new ball.” We were competent, but India established a solid partnership.

“We had a chance, but we told the boys to believe in themselves and follow through on their plans, but credit to Kohli for batting.”

“It’s difficult for the captain.” We decided in the middle of the game that we needed to take a wicket, so we used our main bowlers, which I believe was beneficial to India.

“There are a lot of positive things to take away.” Iftikhar and Masood played well until the end, which was beneficial to us.”