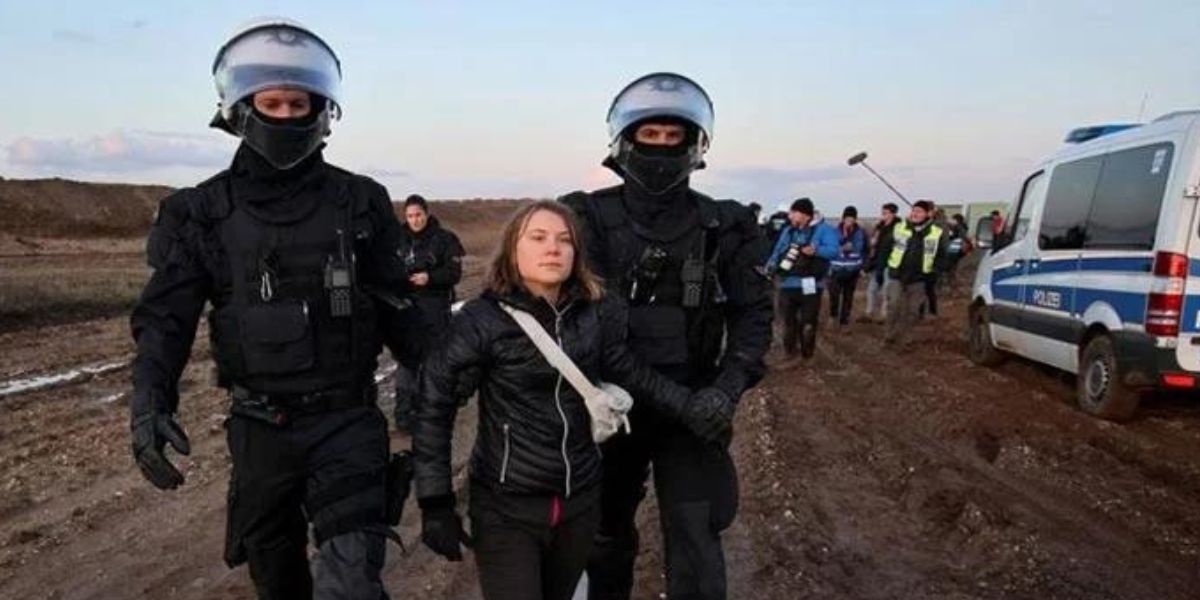 LUETZERATH, Germany Greta Thunberg, a climate activist, was detained alongside other activists on Tuesday during protests against the demolition of a village to make way for a coal mine expansion, but was released after an identity check, according to police.

Thunberg was detained while protesting at the opencast coal mine of Garzweiler 2, about 9 kilometres (5.6 miles) from the village of Luetzerath, after police warned the group that they would be removed by force if they did not move away from the mine’s edge.

The village in the western state of North Rhine-Westphalia is being cleared to make way for the mine’s expansion. RWE (RWEG.DE), the mine’s owner, agreed with the government to demolish Luetzerath in exchange for a faster exit from coal and the preservation of five villages that were scheduled for destruction.

Activists argue that Germany should stop mining lignite, or brown coal, and instead focus on expanding renewable energy.

Riot police backed by bulldozers cleared activists from buildings in the abandoned village last week, leaving only a few in trees and an underground tunnel by the weekend, but protesters including Thunberg remained at the site staging a sit-in on Tuesday.

“We are going to use force to bring you to the identity check,” a police officer told the group, according to Reuters footage.

“Greta Thunberg was among the activists who rushed to the ledge. However, she was stopped and carried out of the immediate danger zone by us with this group to establish their identity “Reuters was told by an Aachen police spokesperson that one activist had jumped into the mine.

Thunberg was carried away by three police officers and held by one arm at a location away from the mine’s edge before being escorted back to police vans.

The Swedish climate activist spoke to the 6,000 protesters who marched towards Luetzerath on Saturday, calling the mine’s expansion a “betrayal of present and future generations.”

“Germany is one of the world’s worst polluters and must be held accountable,” she said.