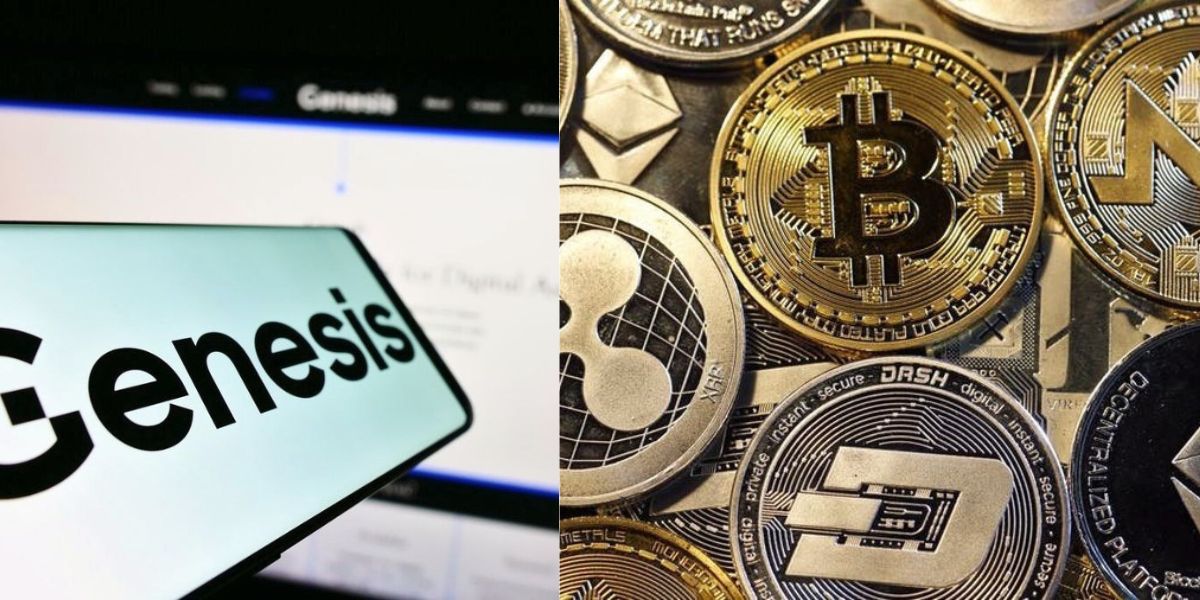 Due to a market crash that also brought down lenders BlockFi and exchange FTX, the lending division of the cryptocurrency company (Genesis Crypto) filed for bankruptcy protection in the United States on Thursday. It owes creditors at least $3.4 billion.

After the collapse of major exchange FTX sent shockwaves across the crypto asset business and fueled worry that other companies could implode, Genesis Global Capital, one of the largest crypto lenders, froze customer redemptions on Nov. 16.

The market crash that erased approximately $1.3 trillion from the value of crypto tokens last year led to a spate of crypto disasters, the latest of which is its bankruptcy filing.

While the price of bitcoin has increased thus far in 2023, businesses in the intricately connected sector have continued to be negatively impacted by the market crash.

According to Ivan Kachkovski, a currency and cryptocurrency expert at UBS, the bankruptcy “doesn’t come as a shock to the markets.” “Whether the chain reaction would continue is yet to be known.”

But since the assets have already been blocked for more than two months and no other major cryptocurrency company has disclosed a related issue, it’s probable that the contagion would be contained.

In its application with the U.S. Bankruptcy Court for the Southern District of New York, Genesis’ lending division stated that it had assets and liabilities between $1 billion and $10 billion, and it estimated that it had more than 100,000 creditors.

In a statement, Genesis Global Holdco stated that it would be considering a possible sale or stock-related transaction to pay creditors and that it has $150 million in cash on hand to support the restructuring.

Furthermore, Genesis’ custody, broker-dealer, and spot trading companies were not included in the bankruptcy process and will continue to conduct client trades.

According to Reuters’ calculations based on the bankruptcy filing, Genesis owes its 50 largest creditors $3.4 billion.

The crypto exchange Gemini, to whom it owes $765.9 million, is its biggest creditor. The pioneering cryptocurrency duo Cameron and Tyler Winklevoss, who are identical twins, established Gemini.

Due to a cryptocurrency lending product called Earn that the two companies jointly provided to Gemini customers, Genesis and Gemini were already embroiled in a legal battle.

According to the Winklevoss brothers, 340,000 Earn investors were due more than $900 million by Genesis. On January 10, Cameron Winklevoss demanded that Digital Currency Group’s CEO Barry Silbert be fired.

Cameron Winklevoss tweeted an hour or so after the bankruptcy filing that Silbert and Digital Currency Group continued to underpay creditors.

A Reuters inquiry for comment on the tweets received no immediate response from DCG.

280 million euros ($302.93 million) were given to Genesis by the Amsterdam-based cryptocurrency exchange Bitvavo, which announced its efforts to collect them in December.

In a blog post on Friday, Bitvavo stated that negotiations on the payback “have not yet resulted in an overall deal that works for all parties concerned” and that it would continue to bargain.

“The process of negotiations comes to calmer waters,” Bitvavo said of the bankruptcy case.

According to its website, Genesis brokered digital assets for financial institutions such as hedge funds and asset managers and had nearly $3 billion in total active loans at the end of the third quarter, down from $11.1 billion a year earlier.

According to its website, Genesis extended $130.6 billion in cryptocurrency loans and traded $116.5 billion in assets last year.

According to Reuters, its two largest borrowers were Three Arrows Capital, a Singapore-based crypto hedge fund, and Alameda Research, a trading firm closely affiliated with FTX. Both are bankrupt.

Three Arrows’ debt to Genesis was assumed by its parent company, Digital Currency Group (DCG), which then filed a claim against Three Arrows. Grayscale, a cryptocurrency asset manager, and CoinDesk, a news service, are also among DCG’s portfolio companies.

During the pandemic, crypto lenders thrived as de facto banks. However, unlike traditional banks, they are not required to hold capital cushions. Earlier this year, a lack of collateral forced some lenders – and their customers – to bear large losses.