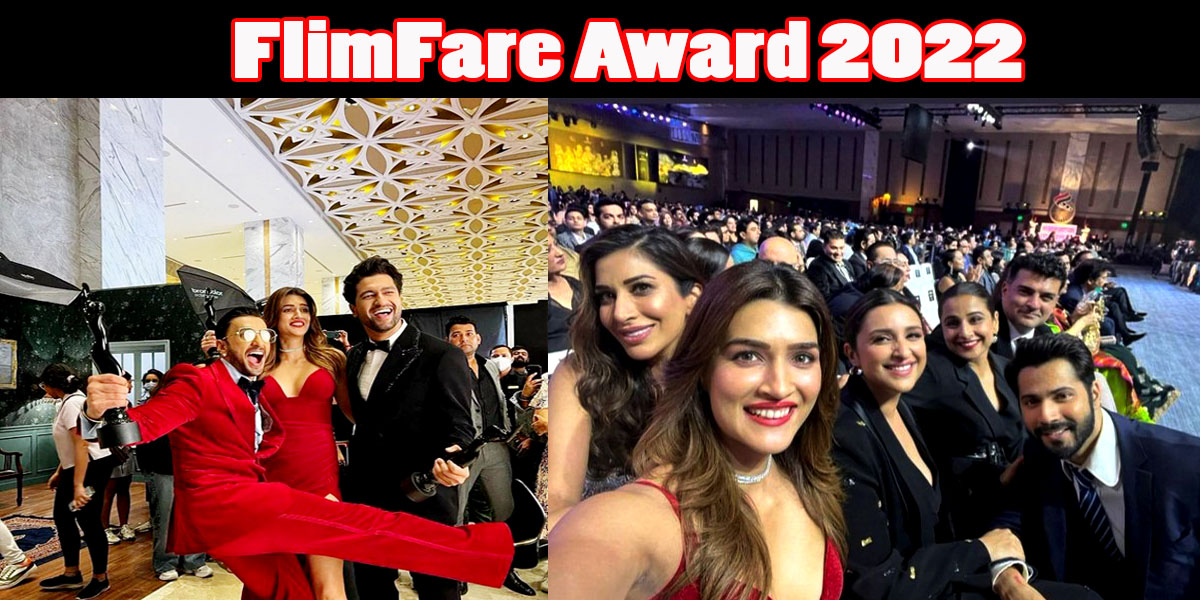 The Filmfare Awards 2022 winners list is provided below, along with the categories and films for which the winners were recognised.

Check out the list of Filmfare Awards 2022 winners below, along with the categories and films for which they were recognised.

A ceremony honouring film excellence took place on August 30, 2022. The Awards recognised the top Hindi-language movies from India in 2021. The Jio World Centre hosted the 2022 Filmfare Awards ceremony. The awards show will air on Colors TV on September 9, 2022.

Ranveer Singh received the Filmfare Award 2202 for Best Actor for his performance in Kabir Khan’s ’83’ film. The cricket drama was inspired by India’s World Cup victory in 1983.

Shershaah received the Filmfare Award for Best Film in 2022. The film told the story of Captain Vikram Batra of the Indian Army, who made the ultimate sacrifice while attempting to retake a key position from the enemy during the Kargil War.

Winners of the 2022 Filmfare Awards

Background on the Filmfare Awards

The Filmfare Awards are annual awards that recognise artistic and technical contributions in India’s Hindi-language film industry. The awards were first presented by The Times Group’s Filmfare magazine in 1954, the same year as the National Awards.